It’s amazing in China the sheer palette of varying social make ups, and by that I don’t only mean ethnicity, social or cultural background, I also ideas and viewpoints that come with certain age groups. It’s amazing to think most middle-aged people in China, who grew up during the cultural revolution, seem to have a very similar viewpoint on many things in life. I don’t want to touch on the subject of government indoctrination as I’m sure that has an effect, as I feel it’s often what people went through during those times that make them think the way they do today.

Take the receptionist at my school – a warm, lovely 50-something year old woman who acts as the matriarch of the school ensuring that everyone is well looked after and happy. She’s not the boss of the joint, though acts as a bigger sister to everyone else, which I could argue is purely due to her age but I also think the hardships that some elderly Chinese people went through 30 years ago or so really affects their makeup. 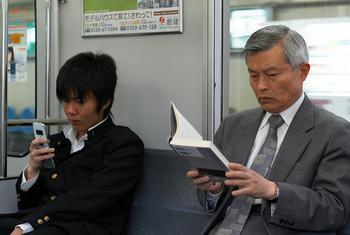 I also have a good friend who I frequent every now and then for dinner. He’s a very forward thinking, progressive kind of guy whose interested in learning about other countries. He once told me that his father warned him not to get too close to me as he didn’t trust foreigners too much. Everything turned out fine in the end, though when I’m round his house and his family are there there’s a clear distinction between young and old in both activity and ideas.

I feel this creates a lot problems between generations in China as it’s not like back home where generations have gradually become more open minded over time and we tend to have some things in common with people older than us. China’s society has changed so much over the past few decades that the old folk and their ideas have struggled to keep up, and their naturally comes misunderstandings between generations. Take the ambitious 20 somethings who want to do what they want in life and compare that with their parent’s desires to ensure they’re married soon, have a kid, and are there to support the rest of the family. The pressures for the young must be immense, and it must especially tough knowing that now in China the amount of opportunities and chances to fly high are endless.