Tomb Sweeping Day/Holidays in General: Why I Plan to Do Absolutely Nothing

I must say that in general, China has a pretty generous amount of public holidays. In my mind, we’ve only just come out of Chinese New Year and are already about to enter another one with the morbidly named Tomb Sweeping Festival. After that, it’s the May Day Festival, then the Dragon Boat Festival, the Mid-Autumn Festival and the National Day Holiday, which all in all grant China’s many tired workers (including myself) ample time for some much needed rest and recuperation.

For me though, and feel free to have a go at me for saying this, all these holidays do is provide with the chance to get a break from China. The dreaded subway commuting, the torrid air, the general chaos of the place; weekends are just often not enough when it comes to getting what’s needed to regain my sanity and head back out once again.

Many of my excitable expat friends see these holidays as a chance to head out and see as much as China as they can. They’re perfectly willing to join the masses packed on the trains and streets to get a glimpse of the Terracotta Warriors or the Great Wall. Fine by me, but it’s not just the crowds which are putting me off from travelling. Living in China has taught me that a trip to these tourist spots will not only cause you immense frustration, but will also burn a whole in your pocket. I mean really, 300 RMB for an entrance to a cave? 100 RMB to see a temple (which all look the same anyway?) I’d rather not to be honest.

There must have been once upon a time where China was a much cheaper place to travel. It still is comparatively, though I just don’t get the extortionate entry fees that are simply ubiquitous wherever you go. Whatever happened to simply going out for a hike to a mountain without burning a hole in your wallet? I’ve seen enough sights in China to know what a temple looks like, though I do plan on hitting up some more mountains/scenes of natural beauty before my time here comes to an end, as frankly you can’t deny that there are some stunning sights here.

The issue is that whenever the country grants me time off work the rest of the country decides to move at the same time, making everything even more of a headache. For me, holidays in China are a time for some good old r & r, a lot of beer, some peace and quiet, and sleep. Oh yes, I can’t wait for this one to come round just to escape from it all. 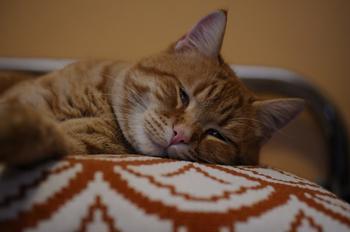 In five to ten years as a 'foreign expert' in China, have never once seen a teaching timetable where the days worked and off could be ascertained in advance, say for the year, month or even three week projection for that matter. I have heard that even the Chinese teachers are kept in the dark. Lately, the instability of the situation has caused long periods of thinking that this is not going to work. In 2009, to make matters worse, many of the holidays were changed.

Gave up a long time ago, I thought I was the only one to think and feel like this. I came to China with so much love and excitement only to have pretty much all of it crushed by the daily crap we all have to put up with. Not only we as in foreigner but even the Chinese people have to put up with so much. I understand it is not personal when we see someone use the sidewalk as a wc, get cut-off in any lines, get poor customer service or any of the usual things we can all relate to. You will say, don't like it, go home. Yes I am going home. There is so much beauty and nice people in China but I feel it is all over-shadowed by so much more bad stuff. I feel for the Chinese people. I always remind myself it is not personal when I have a situation but I am also not afraid to occasionally put someone in his place when I get pushed in the subway or cut off in line. It seems to never end, to know a day in advance when your school days are and often not matching your friends because one school wants to have the kids in and make us work on a Sunday, telling us we have two days off like Friday and Saturday but in reality we always have Saturday off. Yes I seem to have a lot on my mind. Many will read this and say go back to your country but I also think some will agree. I totally feel for the Chinese people. I will go back home, keep reading these articles, stay in touch with all the great Chinese people I have met and send positive energy to China. Bla Bla Bla i will stop now :)