Unforeseeable Frolics in the Gym

Unforeseeable Frolics in the Gym

Well it’s winter, and yes it’s damn well freezing. I’ve even heard reports that this is China’s coldest winter for a long time…as a Californian this makes no difference to me as it’s all cold in my eyes. Anyway,despite the fact of China being cold for a reasonably long time, it only recently came to my attention that my social life patterns had distinctly changed, as in… IT’S SO DAMN COLD I DON’T EVEN GO OUT ANYMORE!! With me?Experienced a similar feeling? Great. I’m sure like many fellow expats out there one of my guilty pleasures is sitting outside with a beer and several sticks of chuan’er whilst the frantic world of China runs around me. Seeing as the cold weather has stripped me of this hobby, I had to find a new pastime to eat up my free time, preferably one that didn’t involve me hugging the radiators in my apartment in a desperate attempt to stay warm.

Then it struck me – it’s been winter for a good while now,my body is naturally storing fat to keep warm, I’ve been at the hotpot a lot recently (another guilty pleasure), perhaps it was time to get healthy. I decided to join my local gym.

Upon walking into the gym and being shown around by a more than eager young fitness instructor with biceps seemingly bigger than Michael Moore’s chest, I knew it wasn’t as upmarket as some of those fancy five-star hotel gyms, but not being an expert in the field I thought it would do fine.After going through the process of getting my membership sorted, I decided there was no time like the present, and changed into my workout clothes. 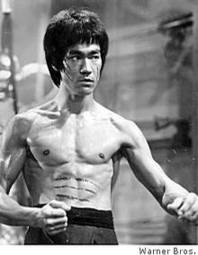 Upon descending into the gym and preparing to lose my Chinese-gym virginity, I was greeted with a sight that could either be interpreted as a contradiction that Chinese people don’t understand irony, or just plain laziness. There was a portly man sitting next to a tread mill munching on cake whilst sipping baijiu. Whatever, I thought. Maybe he was just taking a rest after a gruelling workout session, though there were no signs of sweat stains or the exhaustion that usually comes with that. Then I remembered seeing the same guy in the changing rooms not so long ago… The next obscurity is for any martial art/WWE fans out there. Sat down on a gym mat was a guy who I first thought was sleeping, though on second glance during my bike exercize I noticed that he was repeatedly trying to perform that move where you flip yourself up onto your feet from a lying position using only the strength of your hands and upper body. Fancy enough, but why go to a gym and do that? He spent the entirety of the time I was there attempting the manoeuvre, failing,landing flat on his back, and then sitting up whilst looking around embarrassed at any potential onlookers.

So far everyone in the gym has been friendly and helpful,though that doesn’t mean that the occasional Chinese habit that many expats may find frustrating doesn’t transfer itself into the gym environment. No, it’s not spitting. It’s the wonderfully charming lifting-up-of-the-shirt-when-hot-exposing-belly action. But it wasn’t bulging beer bullies that I saw – it was six packs. Wait… Now I understand… perhaps this is where this habit originates from? Think about it…. Perhaps a long time ago when every Chinese person knew kung-fu (everyone knows they did right?),they simply did this as an act of courting women by showing off their muscular bodies? No…? Ok, yeah I admit it. These guys are probably just showing off.Still, food for thought. My gym adventure in China continues…..

That sounds nice. Are they Beijing based by any chance?I visited one of those with a friend in South China and it was a massage/spa/healthy center thingy... Still the common room was as smoky and as loud as any Chinese restaurant so relaxation wasn't too possible!