A Gao Kao Life in China

I work at a senior middle school in Jiangsu Province, China, the high school equivalent in the United States.  The school has 2,652 students in grades one to three and is located in a small provincial town.  I teach oral English classes to first year students.  When I first arrived what struck me was how the entire day was structured with lots of study time and classes with some time in between for meals and rest.  Every morning at 6 a.m. the school alarm sounds and the students get ready.  When I wake in the morning I see students at their desks studying; at night I again see them studying.  It is a quasi-military structure where students are aiming at achieving the highest score in one exam that will test everything they have learned, the Gao Kao or “high test.”  The Gao Kao is equivalent to the S.A.T. in the U.S. with the added emphasis that it is one of the few factors that determines university choice and career.  For many students in China, this one score will determine much of their futures.

This experience of observing senior middle school in China contrasts to my more relaxed high school years in the U.S. This Chinese school does not have a student newspaper, band, or any sports teams that are commonplace in the U.S. I sought Chinese students at my school and asked them about their school experience. I interviewed two students, one in her first year by the name of Wang Yue who insisted that I refer to her as Fernanda. The other Jiang Yumeng, a student in her third year.

According to Liu Xia, an eleven year teacher at the school, “All the years of school culminate in taking two tests that will determine the university destination of students.” The first test to decide if one will be eligible to sit for the final examination is called the Xiao Gao Kao, or the “small-high test.”  This test is similar to a pre-SAT test in the U.S.  Liu continues, “The students are divided into two cohorts that will either be on a science and math track or those focusing on liberal arts.  Every student no matter what track must take these four tests: Chinese, a foreign language usually English, math, and one elective.” An overall “C” average must be achieved to move on to the Gao Kao.  Those who take the final examination have graduated from middle school, but must now compete for a limited number of university slots.  Liu further explains that the Gao Kao test is usually held in June after finishing the third year and consists of the three compulsory subjects of math, Chinese, and a foreign language plus two other electives of a student’s choosing. The three main subjects are given test scores in double digits and the electives are given a letter grade of “A,” “B,” or “C.”  The scoring reflects the importance of the three subjects against the elective tests.

Manuela Soneninzein writing in slate.com gives a more thorough explanation of the test. She mentions that in 2008 about 10 million Chinese students competed for 5.7 million university spots. Since the start of their schooling years, Chinese children are well aware of this final test and how it will determine their careers. In her view, the test rewards those who are good tests takers and does not factor in other things for school admission.

(The time slot is also used for music and geography classes that are seen as less important.)

Jiang Yumeng has a similar schedule in her last year of school with variations in time and subject matter. However, she has a parent who teaches at the school and can go home.  On the other hand, Fernanda lives at school and has less contact with her family.

On top of regular school work, some parents send their children to weekend private schools for more math, Chinese, and English coursework.  Already busy and hectic school days are supplemented by busy and hectic weekends.  One of my male students is so busy with school work that he laments the fact that he cannot practice his guitar because his parents insist he spend more time studying.

The pressure to study and get good test scores by parents and schools have resulted in student suicides.  For example, in June 2011 the Chinese newspaper Global Times reported the suicide of a Hunan Province student.  The student jumped from the sixth floor of his dormitory on the first day of the Gao Kao.  Similar stories of stressed students and how this pressure affects them are common.

In an effort to curb some of the pressure, Jiangsu province cut their instruction days from an average of six days to five days per week.  Now when students do attend a sixth day it is to make up a day because of scheduled vacation.  Fernanda states, “I don’t feel as much pressure. I have friends and like to play games with them.”  Jiang states, “School is hard but I have not so much stress.  These years are something very new and I like a lot of school activities.” Both appear to be stoic in the face of such pressure.

If Jiang could change middle school in China she adds, “I wish that school in China offered other languages like Japanese or Spanish.  Some extra art and fun classes would make school more interesting.  I like the French language.”  If she had more free time she would dedicate herself to reading and art.”  She also recommends that schools have less tests.  As a third year student she averages about one test a day.  I interviewed Fernanda one day before a three day testing period that would cover all her subjects.  This was a mid-term test added to the monthly Monday tests that first year students must do.

For a few students who do not do so well in the Gao Kao examination, they can take a remedial year of study called FuXiBan that literally means “do over.” This year is called middle school grade four.  Taking a fourth year in China is like summer school in the U.S.  These students are seen as not having what it takes to get a high score on the principal exam. 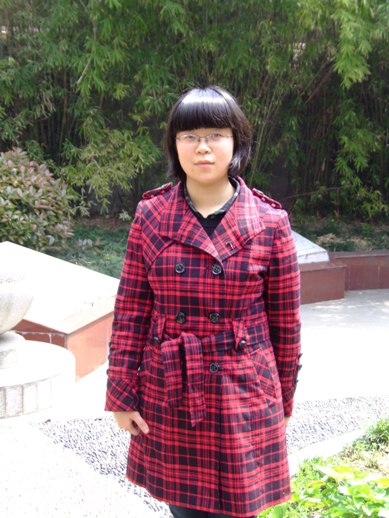 A picture of Jiang Yumeng

please add me on skype by qader_777

So it is really means, in China you do not choose your future school, but it depends on the mood of someone reading your test ? Ouuu Yeeeeah

I understand it a bit, but it is quite different from our system. We choose the school and major first, than we go for test. If we are not successful, we can have a try at second round, different school ( university) few weeks later. This have to be selected up front, just in case. Ussualy there is no problem for too much student wanna access that school, so its fine. altough, these years, there is a bit tight place for kindergarden and primaly schools in back home :-)