The use of Western music in China has always bemused me; from the pulsating beats of “Happy Birthday” pounding against the walls of a misty, dim-lit night club as quasi-wealthy 20-somethings slam down their shots of 3% beer as if it’s vodka, to the sickeningly dull looping Kenny G saxophone riffs that seemed to be installed in every lift in every hotel or shopping mall; as if you’re forcibly driven out by the consistent numbing of your mind as you try to navigate your way to a place where the echoes of such drivel finally die down.

Background music aside, the preferences of the Chinese towards foreign music has always been one of peculiar inconsistencies that either suggest they have an absurd, highly informed and eclectic taste, or simply don’t have a clue as to what they’re listening to. I’ll start however with one popular brand of music that despite being grotesquely inane, does have understandable popularity – boy bands. Everyone goes through a phase of liking such music, and China is no different. This is seen from the popularity of Western acts such as The Backstreet Boys, Blue, to Korean acts such as Rain, to Taiwanese acts such as Jay Chou. As we fast forward to the post-pubescent  however, it does get a little strange.

A quick look on a KTV machine anywhere in China and the choice of Western music is one that seems to try to present an objective, balanced representation of varying genres but somewhat bedazzles those who lay eyes upon the screen through the lens of an empty shot glass that previously contained some wonderfully refined fake beer. There’s your world famous acts – Beatles, check, Michael Jackson, check, the loathsomely dull dad rock four chord groups – The Eagles, check, The Carpenters, check, and there’s a messily assembled array of hip-hop groups ranging from Akon to Enimem. Not particularly desirable I must admit, but a fair attempt for a country which is largely blocked off from the outside world in terms of modern music, and enough to play around with after a few more downages of the aforementioned formaldehyde cocktail.

Outside in the big wide world of China and it gets even stranger. This one’s for the Brits – I’ve heard a rendition of the theme tune for Match of the Day been given lyrics here not only in a KTV room but also on a bus, as its fanfare-esque proud, jolly marching feeling seems to arouse baijiu-infused party-goers and frustrated commuters equally into a mood of rhyme and unison. The This Morning/Richard & Judy theme tune has also graced my ears not only in my fantasies of the hunk of the man that is Richard Madeley but also as a substitute for a break time bell in school. Is it because such catchiness is contagious? Do the beats delve into the depths of the deeply dormant creative spider sense that all Chinese people secretly possess?

I recall one time where I heard Iggy Pop come on in a bar, after which he was defiantly followed by a blistering round of “Yellow Submarine” by a Chinese pop band dressed in tight pink trousers (yes the bar had TV screens to help you visualise the magic as well as feel it.) I was totally confused as I assumed the follow-up track would be something equally cocaine-inspired enough to at least jump around to. A hint of Led Zeppelin, a squeeze of Black Sabbath…any of these would have sufficed, but it wasn’t to be. What’s going on? Is there any logic to the preferences of Chinese people towards Western music?

If you’re willing to share any similar obscurities and miraculous discoveries of the use of Western music in any context in China, then I’d love to hear your stories. 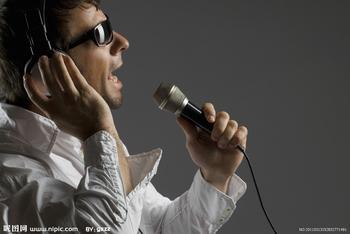 Great article! For me, one of the most amusing things is hearing Christmas charols blaring from speakers in Mid-August. I always wonder if they even realise that they're listening to Christmas songs.