Most schools in China have great staff, great holidays and great kids. Stay here long enough, however, and you'll hear plenty of horror stories. This article aims to give first time expat teachers in China some practical advice about how to prepare, what to let slide, and what not to tolerate from your new school. 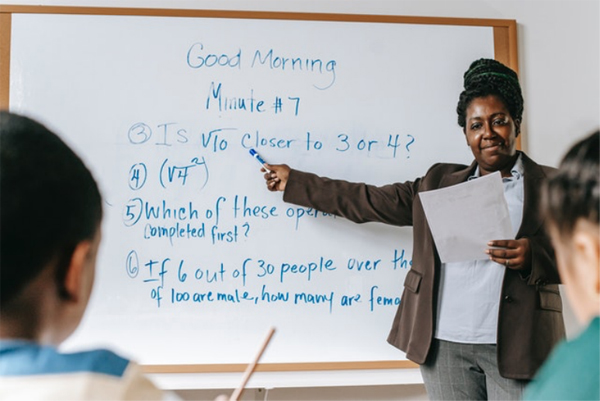 The first year as an expat teaching in China is always a bit of a gauntlet. If you're not one of the lucky ones, it can be downright ruthless. Tossed into an industry where workers have minimal rights, where lying to save face is standard, and where plagiarism is an institution, can be a bit of a baptism of fire.

In most schools, the unwavering focus on preparation for one of the myriad standardized tests leaves little room for anything else, and it’s easy to get frustrated as a new teacher. In other schools, foreign teachers might find themselves largely employed as "clapping monkeys” and treated like a walking marketing campaign.

In the vast majority of situations, you’ll almost undoubtedly come across some minor annoyances but generally have a pretty good time. Even so, here are some tips to see you through.

Take your time: Don’t rush into the first job you’re offered. Take the recruitment process slowly and carefully. Especially these days with a lot of foreigners having left to escape China’s strict Covid policies, there are more than enough teaching jobs for expats to go around. With a college degree and a foreign passport (preferably from a native English speaking country), you'll have more offers than you know what to do with.

Do your research: Once those offers start rolling in, pick half a dozen or so that look the most appealing and have them send you their employment contract. Compare all the details meticulously and make sure you also Google translate the Chinese version, as in China, this is the only version that’s legally binding.

Research each school thoroughly and weigh your options by considering salary and other benefits, location, hours, holidays, reputation, and school culture. If you’re considering more than one city, research these thoroughly too and find out exactly where the school is based. Remember that China is a huge country and therefore has huge cities. The outskirts and the center of a city can be worlds apart.

There’s some debate about which kind of schools offer the best packages for expat teachers in China. In my opinion, public schools win, hands down. They require minimal hours, offer a least one paid month off a year, and generally boast a more relaxed staff.

Things to Get Over

The small stuff: Whatever kind of school yourend up in, be prepared for the fact that classes will be cancelled and no-one will tell you. Students will be pulled out of your classes frequently for no discernible reason. Printers and copy machines will be broken almost constantly. Your students will forget everything you've taught them in a week.

As frustrating as all these things are, there’s nothing much you can do. So make a deal with yourself not to get too wound up from the onset. Otherwise you’ll be a ball of stress by the time your first half-term rolls around.

Saving face: In a tight-knit work environment like a school, the uglier side of the concept of “face” can contribute to gossip, anger, and mistrust. As an expat teacher in China, you’ll probably be largely oblivious to the intricacies of face, but you may experience the unfortunate side effects, including very elusive answers, if not flat-out lying.

Changing schedules: This can be one of the most frustrating elements of teaching in China. While public schools tend to have set classes on a weekly schedule, timetables changed almost daily in the private schools I’ve worked for. This was because the powers that be were always trying to squeeze an extra class or, worse yet, a marketing activity into an already-packed calendar.

It’s obviously annoying having your schedule constantly changed at the last minute, but it’s going to happen. Think of your personal and work life as the confluence of two rivers. Always ebbing and flowing in one direction or the other, but never entirely predictable.

Chaos: Some Chinese schools have a long, long way to go when it comes to management. Many look great on paper, but a disorganized jumble of an administration lurks beneath.

Don’t expect anyone to actually do their job. Be independent, learn to deal with languor and its side-effects and prepare for the worst. In short, be like MacGyver and learn to improvise.

What Not to Tolerate

Unpaid overtime and late pay checks: Despite the almost inevitable chaos, don’t lie down and roll over when comes to pay checks and overtime. Many schools pray on the passivity of new expat teachers and take advantage. Make sure you get paid on time and don't agree to take on any overtime without compensation. Any overtime should be written into your contact in the first place. If it’s not there, you don’t have to do it.

Your boss may ask you nicely, say they’re desperate, and promise it won’t happen again. But if you let something slide once, you’ll almost certainly be taken advantage of again in the future.

Sub-par living conditions/standards: There are more than enough jobs for expat teachers in China to ensure you don’t have to live in a tiny, crumbling dorm. If your school is providing accommodation, don't feel pressured to agree to the first place they show you if you don’t think it’s up to scratch. And don't feel like you have to agree to be bunked with other teachers. As I’ve stressed above, do your research. It’s always best to have a good idea of what you’re going in to before you sign on the dotted line.

Threats: I’ve worked for a couple of schools where I’ve seen teachers threatened for numerous ‘offenses’, such as refusing to do overtime, complaining about the pandemonium, demanding what they were promised in the contract, and, eventually, for wanting to leave. One private school I worked at tried to force an employee who wanted out to sign a new contract, and, after he refused, demanded he pay over 20,000 RMB.

Your school may try to bully you if they think you don’t understand your rights under Chinese labor laws. Again, research is paramount.

In conclusion, if you’re starting out as a first year expat teacher in China, take your time, do your research, be aware of your rights, and stick to your guns. Teaching in China is for a lot of people, but the fainthearted it is not!

Also, before signing, ASK QUESTIONS about EVERYTHING, and don't take evasion or silence as an answer - or a 'cultural difference'. Any employer should know what to expect from non-Chinese, so your cultural expectations must be respected too.