What’s With the Stigma for ESL Teachers in China? I’m an ESL teacher – there, I said it. It seems this phrase has gained four-letter-word status in many expat circles in China. Why is it that so many ESL teachers in China almost apologize as they tell others their profession? “Oh, I’m just an English teacher.” How is it that the most popular job for expats in China is virtually a taboo subject for some? 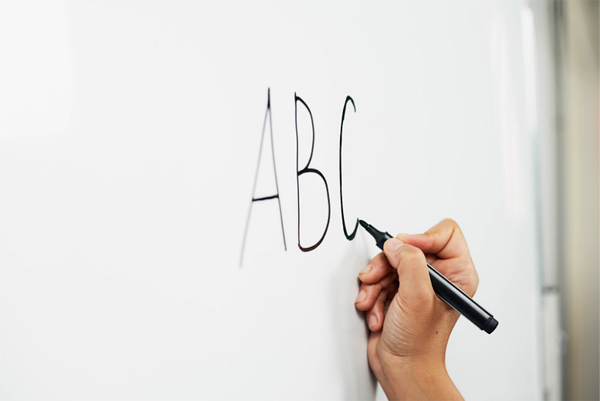 Imagine, if you will, a scene on the expat social circuit in China. It’s a Saturday night and foreigners are gathering in a bar in Beijing. Two expats who have never met before are engaging in the exact small talk sequence that starts almost every new meeting in China. “Where are you from? How long have you been here? What do you do?”

After the last question there’s a pause, barely perceptible to the less socially aware – or the more socially lubricated. For a split second, one of the pair stares into his drink and lights a Zhongnanhai before his eyes are drawn to the corner of the bar. Filling that corner, and in fact a good portion of the entire room, is a heaving, leathery skinned, bristle-haired pachyderm. Straining to run wild like a bull in a china shop, or, indeed, an elephant in a bar, it’s itching to trample the young man’s feelings with its big clompy feet.

That’s right; it’s the elephant in the room. It isn’t real, although that wouldn’t surprise me, having once seen a real, live and very agitated reindeer in a Beijing nightclub at Christmas time. (The depths to which bar owners will sink for a tacky gimmick unfortunately fails to surprise me.) No. The imaginary elephant is the baffling stigma attached to being an ESL teacher in China.

While this is undoubtedly a silly and convoluted way to get my point across, I think most expats in China have witnessed or been part of an exchange like this. On the expat circuit – certainly in Beijing – foreign English teachers tend to be a little embarrassed about revealing their occupations to strangers. This to me, is a kind of puzzle.

Nobody can deny that there is an inherent selflessness in a profession helps others realize their goals and better themselves. I shouldn’t even need to mention that China is a Confucian society. Teachers should, in theory, be celebrated in China.

And not just in China. Almost everyone can remember at least one teacher from school who they loved and/or helped them grow as a person. Most people can think back and remember a teacher reaching out to them in a way they’ll never forget. So shouldn’t teachers get a little more respect from all of us?

The problem for ESL teachers in China lies in the nature of the industry here. For the large part, it involves a fast turn over, a revolving door-style policy that accepts, among others, some of the least-qualified expats in China. Unfortunately, the prime requisite for candidates at many schools is to bear Caucasian features and little else. ESL teachers are treated more like status symbols or trophies by some schools, to be rolled out in front of parents rather than valued as members of staff with real responsibility and input.

I might hazard a guess that the lack of reverence for ESL teachers in China comes from different places in different people. For the Chinese staff working alongside us, I dare say it’s in part to do with a resentment rooted in the disparity in wages. Foreign teachers typically get paid a lot more than their Chinese counterparts, few of which would probably agree that being a native speaker is worth 10,000 RMB more a month.

For the schools employing us, it’s likely a symptom of a get-rich-quick mentality. Foreign teachers are dealt with in an ad hoc way, as interchangeable cash cows rather than individuals with their own intrinsic value. (Apologies for lack of continuity, but the cow metaphor works better than the elephant here.) Sometimes expat teachers don’t help themselves in this reputation though, proving flakey, unreliable and uncommitted.

For other expats in China, I think it’s probably about status. The nature of ESL work here is such that it tends to attract young, fairly fresh graduates, many of whom are yet to decide on their path in life. Often these people just want the experience of living in another country or have found it difficult to find work at home. For others, teaching English in China is a stepping stone to pursue other educational, professional or artistic goals. While there are clearly many motivations for ESL teachers and, let’s not forget, many very talented and committed individuals, other expats tend to tar ESL teachers with the same brush: dossers who are not particularly serious about their careers or China.

In my opinion though, there should be a degree of jealousy from those expats higher up the ‘food chain’ — the business people, the journalists and expat packagers. Young English teachers come to China under their own initiative and steam and, for the most part, enjoy a relatively stress-free lifestyle. We mix with “real” Chinese people every day, tend not to have family ties yet, have relatively few overheads and often enjoy long holidays in which to travel.

I’ve never been so acutely aware of being judged on the basis of my profession than while working as an ESL teacher in China. But maybe these judgements and, as a result, teachers’ insecurities, are inevitable in a country as hierarchical as China. Whatever other people’s misconceptions, however, I for one am proud of my job and life in China.

It is a little dissapointing the fact of knowing that chinese hire white caucassian native teachers to be their pets and not for their skills......

I have never understood why I also felt awkward when someone would mention teacher as their profession but now that you put it like this , I get it . It’s more of the nature of this industry than the profession itself either way teaching is still a meaningful thing unfortunately the hiring process is very shallow and based on looks rather than skills. Thanks for your insight

Thanks for writing this! I love it! I teach in China. I have a Master of Arts in English language education from Bosporus university. I am into second language acquisition theories and sociolinguistics. Yes I am a language teaching/learning nerd and I am proud of it. There is certainly something more to language teaching than taking long holidays and enjoying the stress- free lifestyle of an expat. Even if you’re not into second language acquisition and sociolinguistics, and have no intention of doing so, there is something incredibly complex going on in the life of an expat language teacher. First of all, I notice, a large number of us -especially those younger than me - have a knack for picking up Chinese. They speak it better than I ever will. For all my studying of theories of language learning, my Chinese is perennially HSK 2. So I have to applaud those of us who have managed to teach their language (English) but in the meanwhile learned a second language (Chinese). Also, some of us are good at schmoozing. We are good at keeping our jobs, in other words. We know the ropes. It is a sort of unspoken “code of the experienced expat in China” where we know how to use our foreigner charm. Being able to negotiate office politics, being able to handle the belittling “cash cow” treatment and serenely disregarding the slight of not having “real value and input” (I totally agree by the way) … this takes social skills. And a high EQ, maybe. So all of that is commendable. It doesn’t matter what people think, either. Who cares? We know who and what we are. We know our own value. We know what input we have volunteered. And let’s face it, China would never have let us in if they didn’t need us! I must say, however, our Chinese colleagues can hardly be blamed for feeling jealous. Before I came here, I worked as an English teacher for ten years in İstanbul Turkey. I was always paid less than my “genuinely non-Turkish” counterparts. I wasn’t exactly green with envy, but I always wondered why. I was born and raised in America, just like they were. One more thing: Totally agree that a Confucian society ought to value their teachers. Who is to say they don’t, however? On the contrary, I think they do! Jealousy is one thing, but devaluing us is quite another! I believe Chinese people respect us greatly. Not only do we teach, but we teach across cultural lines. That means we have to be proactive in the classroom. There might be cultural - and language acquisition - roadblocks, and as non-Chinese speaking language teachers, we have to navigate potential problems like low English level, or sometimes unwillingness and extreme shyness on the part of the students. With regard to that, who can blame them? They are learning a foreign language- oftentimes something completely alien to everything they’ve experienced in their motherland. This is frightening. Of course those teachers who do speak Chinese can use their skills in class, and in so doing, demonstrate to the students firsthand how it is useful to learn and love a foreign language. Hearing their teacher use Chinese often motivates them. My point is that we do more than one thing in the classroom (often ten things at once) so it’s a complex job which might be more commendable and praiseworthy than those held by expats with “real” jobs.. If there is one single Chinese teacher or expat with a “real” job out there who disagrees, I would love to take it up with them!