Property Boom! A Guide to Buying Homes in China I could’ve made 200,000 dollars today. I bought an apartment, then an hour later the agent called me and said someone was offering to buy the apartment back plus 200,000 dollars on top. I saidno, I’ll double my money in 5 years if I stick with it. 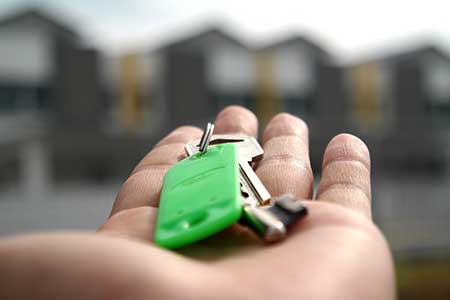 An expat friend told me this story several weeks ago. Most people would jump at that opportunity to reign in 200 grand, but not in this red-hot property market, as there’s the potential to make much more in the future. Some locals and foreigners have become filthy rich in Chinese real estate, as it always seems to keep going up. So, if you’re thinking about purchasing property here, or are settling down and need a roof over your head, there are definitely some things to keep in mind about playing the property game in China.

With unprecedented growth during the past few years, the government has stepped in to curb the over-heating real estate market. According to this recent Bloomberg article, “Chinese authorities have pledged to enforce strict curbs in most first- and second-tier cities to prevent a housing bubble, while seeking to clear a glut of unsold homes in smaller urban centers… at least 64 cities announced new or tougher property-buying restrictions.”

Restrictions have indeed cooled the recent property boom a bit. But, that being said, restrictions can actually be seen as a factor for the boom. The same Bloomberg article notes that “buying restrictions may lead to some panic buying,” as locals (and even foreigners) try to gobble up as much property as they can before the ax comes chopping down.

There’s also another very interesting law out there that affects real estate markets. “Owning” a property here is more like issuing a 70-year land lease, one that needs to be renewed at the seven-decade mark. This paragraph taken from China Smack explains in detail:

This vague set of laws rightfully causes people to be worried about property purchases in the Middle Kingdom. Nonetheless, the government has reassured it will look into the situation and revise the law to curb the public anxiety related to the 70-year clause. Some local governments have already taken further step to announce that no application for ownership renewal is necessary, and no extra taxes will be collected for property under their jurisdiction at the seven-decade mark.

How to buy property in China?

As of now, foreigners can purchase property in China. According to the law, foreigners can legally move forward as long as they have resided (either studying or working) in the country for more than one year. Before, it was a lot harder for foreigners to get involved in the real estate game, but as you can read from this International Business Times article, the rules are a lot more lax since the government now encourages capital injections from abroad.

Buying a property here probably isn’t too much different from buying one back in your home country. There are a few organizations (especially in first-tier cities) that specifically cater to foreigners looking to invest in the housing market, but you can also go to any of the large Chinese real-estate agencies and do business with them as well (though you’ll most likely need fluent Chinese or a Chinese assistant if you take this route).

There’re two ways to purchase an apartment: make a lump sum payment, or pay it off gradually with a loan. The lump sum doesn’t need any explanation, but the loan is a bit more complicated.

Foreigners can get loans in China. If you have a Chinese spouse, it will be a lot easier, as you can get one in his or her name. If not, don’t worry, you still can, though it’s a bit more difficult. According to the Global Times, you’ll need to be on a work visa, and also be employed in the PRC for at least one year. You’ll also need a local sponsor to vouch on your behalf that you will pay back the loan (if you don’t pay it back this person will be held accountable!).

You’ll also need to present the following at the bank you’re getting the loan from (info from the same Global Times article):

To buy or not to buy?

The bubble burst in 2011 after a six-year rally. But after a few sluggish quarters, things have rebounded significantly. In 2016, for example, there was an astonishing 19% increase in Chinese property!

As seen in this Global Property Guide article, there is a ton of volatility in Chinese real estate. Up, down, left and right… Chinese property is always a wild ride! However, one thing is certain. If you purchased property in just about any first or second-tier city ten or more years ago, you probably double (or even tripled) your money.

So, is it a bubble or boom? It seems it’s a bit of both, a cyclical schedule of booms, bubbles, and bursts. It’s definitely not for the faint of heart. So, if you’re looking to add some ultra-risk to your portfolio, buying property in the Middle Kingdom could be the right fit for you. But if you’re risk adverse and can’t afford to take massive risks (don’t risk what you can’t afford to lose!), Chinese property probably isn’t recommended.

On the other hand, if you’re settling down here and need a roof over your head, then you really have no other choice. If this is the case, find a cozy place that you can call home and disregard the swings in the market. Over the long-run the value of that property will most likely go up, and the value you’re getting out of it by using it as a dwelling provides a good non-quantifiable return on investment that makes it all worth it.

I'm looking for a good deal.