Since China’s opening up and expansion began to gather speed at the end of the 1980s, the country’s view of foreigners and foreign faces has shifted dramatically. Where foreigners were previously reviled as “foreign ghosts”, having a non-Chinese face around has in recent years become quite a trend for local businesses. This has led to the rise of so-called “face jobs” for foreigners – something most of us want to avoid. 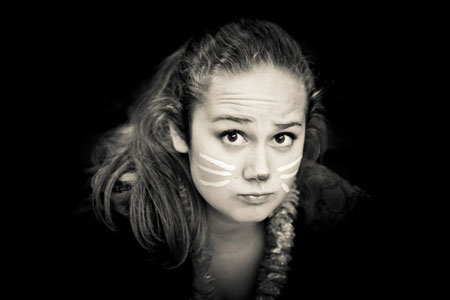 So what exactly is a face job, and why the high price on foreign faces? A “face job” is, put simply, being hired on looks alone in order to give a local company a certain international je ne sais quoi – and using none of your hard-earned professional skills in the process. Some Chinese companies consider that having a (fair-skinned – but that’s another can of worms) “foreign face” around gives them status and prestige in the eyes of other local companies, as well as the impression that they have lots of lucrative ties to foreign businesses.

There are, of course, any number of things strapped-for-cash expats in China can do to make a quick buck on the side – private language tutoring or freelancing for expat publications, to name but a few. But another option is to take advantage of your “natural assets” by accepting a short-term “face job”, where a Chinese company pays expats to play-act at being a member of their team for one or a few days in exchange for a fee ranging from 300 to upward of 2,000 RMB. While this can be a one-off solution to a short-term cash flow problem, no one wants to feel they’ve been hired for a longer-term position on looks alone.

Knowing what to look out for

Some face jobs are easier to spot than others. Use your common sense and avoid replying to advertisements that are in poorly-written English or that fail to specify job requirements or responsibilities, or only do so in the vaguest of terms – “assist boss”, “must have experience” etc.

Watch out for job ads that focus on appearance rather than professional experience or skills. Scan ads for keywords such as “attractive” or “good-looking” – they should set the alarm bells ringing. Advertisements specifying the desired ethnicity (“Caucasians only”) of candidates are also a no-go. Similarly, anything that requires candidates to be a certain height or weight is almost certain to be a “face job” in disguise. It goes without saying: unless the job advertised is for modeling, TV work or being an air hostess, your physical stats are no one’s business.

Assistant jobs at Chinese companies, “English-language training” for the boss or staff or attending events or conferences as a company representative are all categories that face jobs fit neatly into. Even ESL teaching jobs can turn out to be little more than “White guy in a tie” gigs, as Mark, a qualified teacher from the UK, remembers: “We had been hired to teach kids English while they visited tourist sites in Beijing one summer. By day two, it was glaringly obvious that we were there to fill out workbooks for the students and pose in the group shots while the Chinese teachers herded them around – we were monkeys on a tour bus, basically.”

In some cases, classifieds indicating a candidate’s desired nationality can also herald a “face job”; if “Russian” or “Ukrainian” is specified for a dance or physical education teaching position for example. Posting a certain nationality as a requirement can also be a thinly-veiled attempt at weeding out non-Caucasian candidates, as fair-skinned foreigners tend to be favored for face jobs.

Last but not least, in some cases, the job ad will specify “male” or “female”. While this can be legitimate in certain cases, if paired with other specifications like those listed above – appearance, ethnicity – it may be a sign of a face job.

The face that launched a thousand ships

Burning bridges is never a good idea in your professional life – and that goes double in China. If you realize you’ve been hired more for your looks than your skills, there are a couple of paths of action to consider.

You could try negotiating with your employer to take on additional responsibilities to expand your skill set and experience. If, however, you decide to resign, be sure to respect the notice stated in your contract. You will need to be on good terms with your soon-to-be-former employer in order to get the documents that will allow you to work for a new business – so stay respectful, allow your boss to save face and, above all, never lose your temper.

Unfortunately, legal recourse is not really an option if you stumble into a face job in China. Get out as quickly and gracefully as you can, and be on the lookout next time.

Face jobs – not a problem for much longer?

With the continuing expansion of China, which is increasingly receptive to foreigners, face jobs may soon become a thing of the past – though this is more likely in big, cosmopolitan cities such as Shanghai and Beijing. But, as is the case with almost all aspects of life in China, change is a constant and anything could happen. As foreign faces lose their exotic appeal and China’s economy continues to grow, face jobs may have run aground by the time the next generation of hopefuls arrive, seeking adventure in the Far East.

good information thank you for the tip

Love your summary of the situation - interesting and informative.

Kind of a stereotype

just stereotypes, all the same

I was once asked during a job interview for a content writer's position in Guangzhou (won 't tell you which company) about my marital status and if I liked Chinese girls, to which I answered I am engaged, and they asked (over and over again) how I was going to manage away from my fiancee and have all these girls in the office after me (I was tempted to ask them about their sexual harassment policy) and I told them I would never date a coworker, even while single, and they kept on insisting that they want their employees to be happy and even asked if my fiancee was in the room and if they could see her! To which I said no and the only thing that mattered was that I was treated well at work, then I would be happy. Does anyone think this may be a face job and using a Chinese girl as a ploy?

well, it gets pretty darn frustrating to be honest. especially for some of us who come from African countries. Face Jobs are still very prevalent where i live (guangzhou) it doesnt matter how fluent your english is or how qualified you are, the fact that my passport originates from an african country automatically reduces my chances of getting the job.

Well, I got myself a face job for sure, and I love it. I am treated well, and my company is professional.

Quit trying to impress western values on the Chinese. It's arrogant and it doesn't work. Love this place or leave it. The last thing I want to see is this place become the sick, politically correct nightmare the West has become. If you think like that, please reduce the pollution in China by leaving!

Gosh, I believe if to take into consideration all these tips and skip the jobs which suit them, there will be no offers left hehehe... But that's so true.. Thank's for the article, really helpful!

I read this exact same article on this site about a year ago. Give us some fresh articles please, echinacities.

Do Chinese people have some kind of identity issues? Isn't being Chinese not enough? Why do they need "foreign face" to sell anything? .

The love for White people in Asia has to do with the association of whiteness and high status. Traditionally the nobles and wealthy (I mean Asian people) mostly stayed indoor and used umbrellas when going outside, thus they had fair skin tones, opposed to the members of the peasantry or working class who worked all day long under the sun and this had darker skins. Europe used to be the same, only from the 50s onward people began to get tanned.

The best way to know if it's a face job? Have your ethnic-looking native speaker apply for the same job and see what response they get (if any). Usually the response is something along the lines of: "we need a white person"

Great insights. Compensation for looking the part is indeed, compensation. Especially backed by depth of experience and a track-record of results.

Girl in the Photo by Shezamm has a great face. :) Available for weekend facejobs as long as it's top yuan. :)

How would you know? You sound like a true peasant yourself (probably more than anyone in the whole gargantuan Asia) so how am I suppose to believe anything you spell. Oh yes I did!

You can keep dreaming about wanting to be Asian nic

Maybe its just the whole "the grass is always greener.." mentality but I seriously don't see anything wrong with it. If you're not some kind of specialist with a nice foreign company package then you know what you're in for, make as mush as you can and get out. If you're waiting for china to change for you you're in big trouble...ofcourse most gigs here are face jobs and thats how its going to be for a long time and until they are tired of the novelty of their clown puppets. Chinese people are taught in school that they evolved separately from the rest of humanity and even after universities in China have proven the Peking man theory wrong it has not publicized and the syllabus has not been changed. Everyone else is objectified...there is a thin line between adoration and segregation... they don't see you as a fellow human at the first place(to be politically correct, I feel I must add that its most of them not all of them).

I don't see what is so wrong about it, easy bucks.

Really good article and helpful for new foreigners that were misinformed by the chinese propaganda, thumbs up sir.