Moving to China? Here’s Why You Should Consider a Second Tier City Many people moving to China wouldn’t dream of living outside the “Big Three” cities of Beijing, Shanghai and Guangzhou. And why would you? China’s mega-cities offer the most home comforts in a setting that’s still exotic enough to feel exciting. You can eat Western food, shop at Western stores, see English-speaking doctors and easily get your hands on expat staples like cheese and good bread. 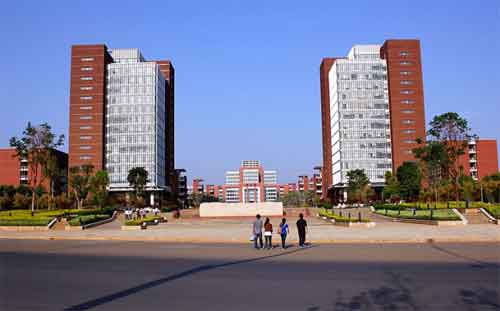 The nightlife in China’s big cities, whether you’re into neighborhood pubs or banging discos, also offers newbies a staggering array of options for drinking themselves into oblivion and therefore making long-lasting friendships. That’s how it works, right? The international hospitals have foreign doctors and international schools will educate your children to the level of the world’s best and brightest.

There are many reasons for those moving to China to pick a first tier city, so why is it that  after only one year in Beijing, I’m planning to head back to the hinterlands of China’s Southwest, to the sleepy town of Kunming? And why is an increasing number of expats choosing smaller Chinese cities and towns, even if it means cheese and bread are hard to come by? Here are my thoughts on the matter:

First Tier Cities are just too big - Beijing has a population of over 21 million. Shanghai’s population is nearly 25 million. The “big” US city where my parents live, namely Dallas, Texas, has fewer than 2 million people - a smaller population than most of China’s second tier cities.

Like me, many expats who move to China grew up in even smaller places – towns with less than a million residents. For those expats, therefore, the sheer amount of people in Beijing or Shanghai is simply mind-blowing. There are people everywhere, at all times of day, the buses and subways are packed, and rush hour traffic jams are a major headache. The feeling of being a mere blip in mass of humanity can be overwhelming for us country folk.

Smaller cities have tighter expat communities - In my experience, there are simply too many foreigners in Beijing to feel like there’s a tight-knit expat community. People group together by nationality or occupation and seldom branch out. Strangely, although Beijing has more expats than Kunming, I’ve made very few expat friends in the Chinese capital. If you don’t go drinking in bars, don’t work for a big multinational company or aren’t studying Chinese at a language school or university, you might find you have fewer opportunities to meet people.

In Kunming, however, I was making friends with people of all nationalities and professions within my first week. We didn’t have much in common besides the fact that we all lived in Kunming, but that seemed to be enough to bind us together. I enjoyed this “United Nations” environment and how I was able to make friends with people who I‘d otherwise never have met.

In China’s smaller cities, there are usually more trees, fewer high rises and better air quality. Second tier cities are often prettier too. And expanding your boundaries outside of Big Three will give you more options in terms of landscape, whether it’s mountains, beaches, lakes or deserts that float your boat.

Lower cost of living - There’s no doubt about it - your money will go a lot further in a second tier city. When I lived in Kunming, my rent was about 1/10 of my salary. When I moved to Beijing, however, despite the fact that my pay had more than doubled, my rent was 1/6 of my salary. In addition, eating out in Beijing rarely costs less than 100 RMB for my family of three. In Kunming, however, we could eat a great meal at a local restaurant for less than 50 RMB, total.

A standard cab ride in Beijing is going to cost you upwards of 40 RMB, and this can easily shoot into triple digits if you’re travelling across the city during rush hour. In Kunming it’s rare for a cab fare exceeded 20 RMB, and most fares hovered between 10 and 15 RMB.

So, while it’s true that salaries are higher in China’s big cities, the cost of living is also higher, to the point that the advantage is almost completely offset, especially if your salary is still low-mid range.

In all honesty, however, my main reason for moving back to Kunming is that I feel a deep personal attachment to the city. I love its unique culture, the landscape and to the climate. No doubt other expats feel the same sort of attachment to Beijing or Shanghai, which is great, but I fear there are many who choose the Big Three when moving to China simply because they’re widely known cities with good reputations abroad. They’re certainly safe bets, but they’re not for everyone.

If you like the idea of China but huge cities aren’t your bag, don’t be afraid to try one of the country’s many lovely second, or even third, tier cities. You might be surprised by what you find..