Kanas Lake, Another Side of Xinjiang 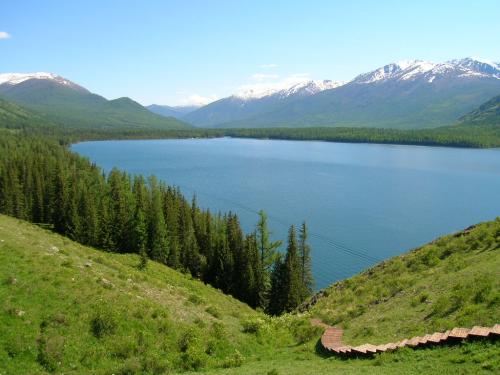 Poor Xinjiang. As vast as the place is, it is currently doomed to association with burning deserts, endless vineyards, and restive Muslim minorities. Bad for government PR, but good for those in on a secret: sandwiched between the lifeless Turpan Basin, forbidding Altai Mountains, and hellish Gobi lies a region so idyllic that the rare American tourist swears he's died and been reborn in a rerun of Bonanza. 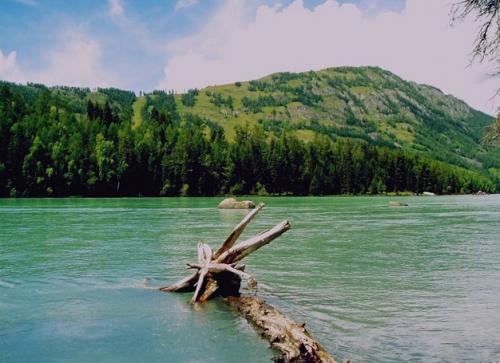 The occasional European visitor is more likely to confuse the trip with a government-subsidized vacation to Lake Como. As for the fewer than one million hardy Chinese who go visit each year, they only know that it is utterly unlike any other place their land has to offer. Lake Kanas, 24km long and 3 km wide, sits at the heart of Xinjiang's Altai region, equal to any Alpine destination in natural beauty, but with nary an avaricious Swiss hotelier to be found. The Sound of Music scenery is all the sweeter for knowing that a few hours' drive in any direction will mean exile from Eden, back to the land of Nod. 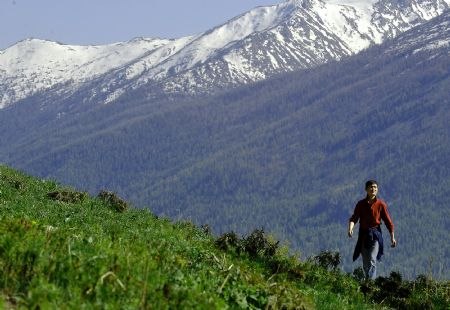 A glorious stretch of primeval forest rings the lake, and the river which feeds it. Larch, red pine, spruce and birch, the classic continental trees still grow in profusion here, where they make a home for all manner of noble creature too self-respecting to linger near human settlements. A thousand plant species, three hundred kinds of animals and a hundred of birds, big numbers that do little justice to an area of teeming biodiversity unique for being the southwest tail of the Siberian taiga. 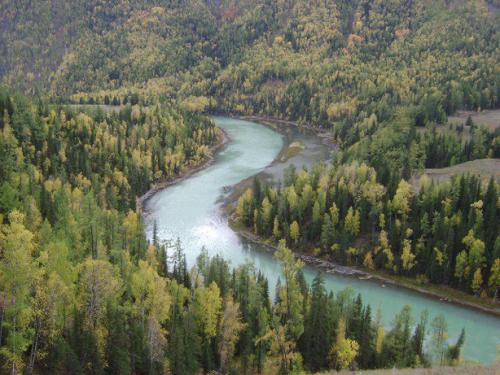 The forest breaks often into swaths of Alpine meadow, strewn with wild poppies, tulips, and forget-me-nots in season. Before emptying into the lake, Kanas River ebbs into Crouching Dragon Bay, named well before Ang Lee was born and thus leaving the mix-up in his error. Perhaps the odd lynx, but certainly no hidden tigers around to disturb what could be one of the wildest yet most peaceful spots left in nature. 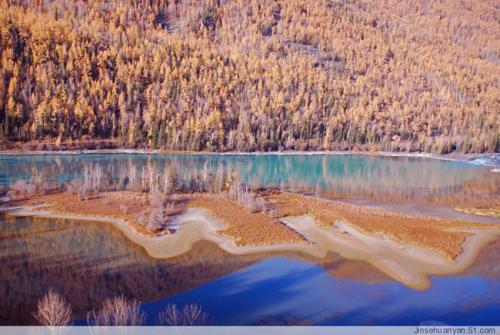 To be sure, the area is populated, but sparsely, by people with the atavistic wisdom to use the land sparingly, and with the respect one shows a precious gift. Ethnic Kazakhs and Mongols make their home in the Altai region, and prove the most accessible to tourists, posing for pictures and trading in rental of horses and motorcycles with which visitors can best explore the surrounds. 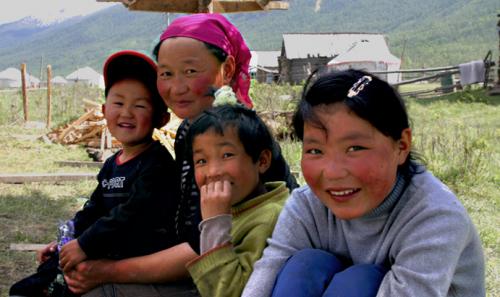 Both groups have their own homelands hard by, of course, while a third lays claim to most indigenous, yet most aloof to tour-mongering. These are the Tuwa, and while it's easiest to call them a Turkic-Mongol tribe, accuracy would demand an exposition on Samoyeds, Kyrgyz, Salchak, and a host of other peoples lost to the ages. For minds that need neat distinctions, suffice it to say that the Tuwa are as removed from their Mongolian cousins as a Scot from a Welshman, or a German from a Dane. 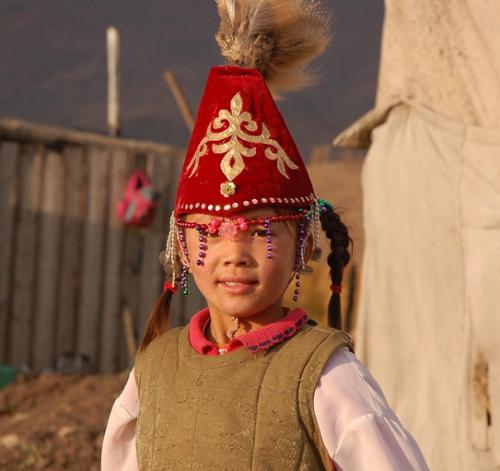 A little over fourteen hundred are all that remain of the Tuwa, and half that number make their home by the banks of Kanas Lake. No yurts here, rather much more in keeping with what a Westerner would expect from the environment, the Tuwa live in pine wood cabins. Hunters and herders, they get plenty of beef and dairy in their diets. A faith in Lama Buddhism still bears a rich strain of shamanistic ideology, expressed in their still close ties to the land, and deliberate distance from the outside world. 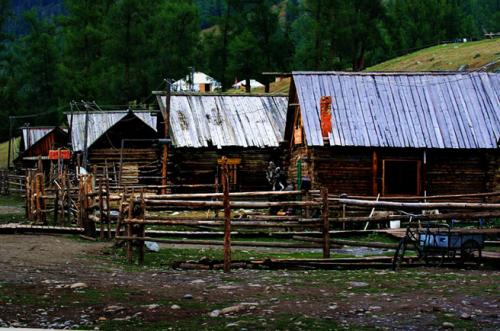 Given their reserve, the Tuwa's June Aoba Festival is not nearly the tourist draw that Naadam is. No known musicologist has made a lifelong study of their brand of throat-singing, their two-string Trobuherl music, or their flute. But perhaps this is good news to today's eco-tourist, who knows the price of thorough documentation. 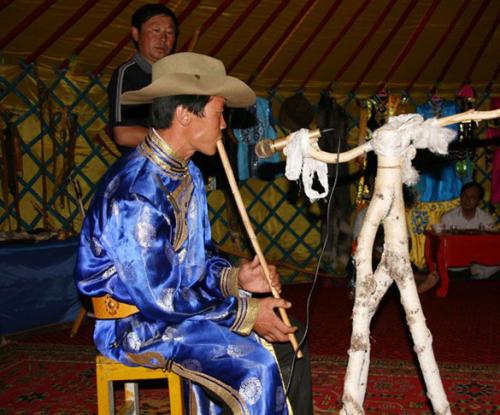 And any deficit in gawking-time at indigenous types is more than made up for by the scenery. Adhering to Beijing time, Kanas Lake does not lighten until after 9:00 AM, and glows until past midnight in the summer. This leaves plenty of time for strolling the placid yet dangerous twilight shore, when Taimen fish, many over two meters long, come close to feed, and have been known to swallow the odd wading calf like an extra-raw canapé. You're much more likely to eat Taimen than be eaten by one, yet the fact doesn't deter a new report of Kanas Lake monsters every few years. 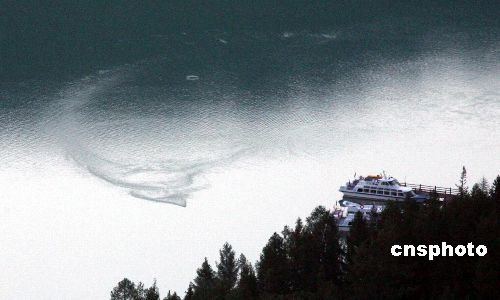 Easy enough to scoff from the safety of a computer screen. But places remote enough to host monster rumors are getting rarer and rarer, and those with the attendant beauty of a Kanas Lake may be counted on both hands. It only takes two syllables, "Ka-nas", to say what takes eight in English, "mysterious and beautiful". But a only a few years of road-building and logging will be enough to make the mystery and beauty a fond memory. 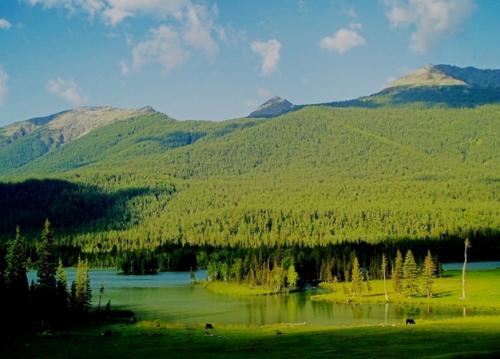