How to Marry Another Foreigner in China While there’s plenty of information on the internet about how to marry a local as a foreigner in China, there isn’t a lot about marrying another laowai(foreigner) in China. I’ve recently tied the knot with another foreigner (I’m American, she’s Malaysian), and had to deal with embassies, governments, and other organizations before becoming legally married in China. Based off my experience, here’s my tips on marrying a foreigner in China. 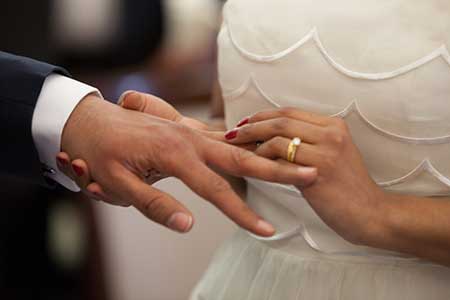 How did this even happen?

There are hundreds of thousands of foreigners living in China, so the chances of falling in love and getting married to another expat aren’t as slim as you might think. With various dating apps, vibrant nightlife scenes in many cities, and the relatively young median age of most expats living in China, finding other foreigners isn’t going to be tough.

Love aside, there are several advantages to marrying a foreigner rather than a local in China. Firstly, you can avoid the pressure of meeting some of the requirements in Chinese tradition, like owning an apartment and/or a car before getting married. One of my friends married a Chinese girl from Yunnan and had to pay a dowry to the family! For more on marrying a local, check out this eChinacities article about cross cultural relationships, and this one about marrying into a Chinese family.

However, of course, there are cons as well: Your future spouse’s home country traditions may be even more demanding than Chinese ones. And, no matter how globalized the world is, there will always be cultural differences. Even couples from the same country can experience post-marriage culture shock, as I saw when one of my friends from Texas married a girl from New York.

The legal steps vary from nationality to nationality, but based off my experience (as an American), here’s more or less how the marriage process goes in China:

Receive the marriageable affidavit from your local embassy or consulate. For me this was extremely easy. All I had to do was make an appointment, wait in line for half an hour, sign my name on a few documents, then pay 50 USD. That’s it!

2. Have your spouse do the same

My wife’s process was very similar. At first, the Malaysian embassy told her that she would have to apply back in KL. But after further investigation, she discovered that she could hire an agent to do this for her. At the end of the day, she was able to get her marriageable affidavit with relative ease.

3. File for a marriage license in China

This will first involve going to the local marriage bureau to sign more paperwork (the agent at my consulate gave me the address ). Next, go with your spouse with both of your marriage affidavits and passports to get your picture taken. Last, pay your fee and receive your official marriage license.

According to the US embassy, I do not have to get this marriage document notarized; the US and many other countries will accept marriage licenses from China. However, they did recommend getting it translated, although it’s not required.

Religion is intertwined with marriage in many cultures. While religion is quite regulated in the PRC, you can still approach a church, mosque, or another place of worship for specific religious requirements. My wife is Catholic, and we were able to go to a local Cathedral for certain required religious customs. It was actually very easy and, best of all, free!

Now time for the wedding. If you survive months of wedding planning as a couple, then you can probably look forward to a life-long marriage full of happiness. If not, see the section below on divorce. Sorry for the downer, but I’m trying to be comprehensive here.

As two foreigners, you may choose to get married outside of China, bringing all the challenges of a “destination” wedding. Coordinating with friends, family and wedding planners on the other side of the world can be frustrating to say the least – wedding planning is tough enough without these hurdles! You’ll also have to add travel and accommodation to your expenses. And by not marrying a local, you’re not going to be getting tons of hongbao to help pay for the thing. Yikes!!!

You’ll also want wedding photos, of course, but here in China couples tend to do it before the event. I see a couple enduring pre-wedding shoots just about every day here in Shanghai, and there are photography shops on almost every corner. It shouldn’t be too difficult to organize if you decide to go down that route, but, warning: be prepared for multiple outfits, a 12-hour day, and plenty of cheesy poses. Depending on quality, expect to pay more than 3,000 RMB for the entire ordeal.

The honeymoon is another thing to think about. There are wonderful honeymoon destinations within China (click here for our recommendations), and there’s a cherry on top courtesy the PRC. The government gives you an extra 10 days of vacay days within the first 12 months of tying the knot, whether you’re marrying a foreigner or local. Thanks, guys! Speak to your boss about this for more details, as they might have some specific stipulations – most companies require that you take the entire 10 days off together without splitting them up.

On a more depressing note, if things don’t quite go according to plan, you may have to think about divorce. Divorce in China doesn’t work the same way as in many Western counties. The process usually involves both parties having to show up at the wedding registration office to sign a mound of documents. If you own property together, then that’s a whole different ball game.

lol,,i loved the divorce part at the end :)