How to Ensure a Quality Product When Manufacturing in China Most people have heard of China’s milk scandal, when, back in 2008, six babies tragically died and around 300,000 were made sick by milk power laced with melamine. What a lot of people don’t know is that although the tainted formula was supposed to be destroyed, some of it was stockpiled and showed up in circulation again at a later date. Even when the consequences are literally life and death, some people will do anything to make a quick buck. 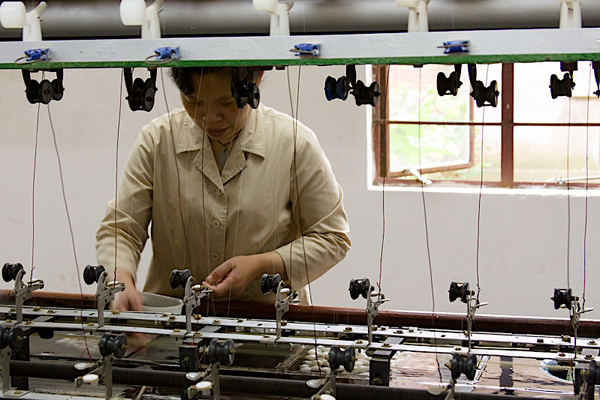 After spending several years as a supplier quality engineer for a large multinational corporation in China, I’ve learnt that something like this could happen to any company that takes its eye off the ball. As Western consumers continue to demand cheaper products, some manufacturers will actively choose to look the other way in the pursuit of profit. In other cases, individual inspectors are lazy or find they cannot be as thorough as they’d like because in-company cost-cutting simply doesn’t allow for the eternal vigilance required to ensure a consistently safe product.

And I understand completely how this happens. It isn’t easy to get things right every time when manufacturing in China. But, in my opinion, it’s always a choice. The choices that are made all the way up and down the chain of command affect the quality of the final product reaching the consumer. Here’s how to ensure you get a quality product when manufacturing in China.

If it sounds too good to be true…

A company is making a choice when it negotiates a rate with a Chinese factory that’s far from would ordinarily be deemed reasonable. Yes, labour is typically cheaper out here, but it’s not as cheap as it used to be. If it sounds too good to be true, you can bet that corners are going to be cut.

What is it they say about eggs and baskets?

Everyone knows that putting all of your eggs in one basket is stupid. It's also stupid putting your whole sourcing operation in the hands of one supplier. When a company puts all of their sourcing in the hands of a single manufacturer without doing their due diligence, they are making a choice. When you have a sole supplier, they have all the control, meaning any conflict between product quality and scheduled deliveries will end with unacceptable compromises. If you discover a quality problem but correcting the issue is going to put you behind schedule, you’re left with the unsavory choice of meeting your deadline or solving the issue. Not having a backup plan is stupid, plain and simple.

Trust is for idiots

Dangerous choices are made by individuals as well. When an on-site inspector chooses to accept the word of the supplier without requiring any objective evidence, he/she is making a choice. I’ve seen instances in the course of my work when an inspector has let the supplier choose the sample that is to be inspected because the supplier claimed all the others were already packaged and ready for delivery. Of course no-one likes being cynical, but as a quality inspector, you’re not doing your job properly if you’re not. Which brings me neatly to my next point…

My experience working in supplier quality officer in China has led me to the conclusion that 80% of quality issues could be avoided by stamping out laziness at all levels. Workers cut corners, not only in China, but everywhere around the world. That's why workers need to be managed and their work needs to be inspected. But laziness happens at all levels. If the well-paid expat quality inspectors aren't checking the product properly themselves and demanding objective evidence the whole time, they are the ones creating a weak link in the quality chain. Most of the problems I saw could have been avoided by increased diligence on the part of the Western company.

Keep your eye on the (entire) ball

I was once in a situation where the company I worked for needed a building erected to specific standards. Our supplier submitted a plan, we did the stress and load calculations and approved it. However, when the time came to lay the foundations, the supplier sneakily outsourced the work to another company. This other company decided to swap the building materials for inferior products that wouldn't have held up much at all. We only happened to catch this as we were doing a factory walk-through. Our supplier insisted they had no idea this was happening as they’d sent the same approved plans to their supplier. They had, however, failed to check in and ensure those plans were being adhered to.

If you are doing business in China, you need to be aware that this can happen and therefore have safeguards in place for when your supplier chooses to outsource the work that you have contracted them to do. The lesson here, always keep your eye on the ENTIRE ball.

Eternal vigilance is the price of product quality

At the risk of sounding condescending, I'll use my favourite analogy. If a child is a terror, do you blame them or their parents and teachers? I always blame the responsible adults, because usually they’re the ones who have created the framework and the system within which the child operates. Children will get away with as much as you allow them to and they are very good at pushing the limits. As soon as a parent lets an unacceptable behaviour continue without addressing the problem, that bad behaviour becomes acceptable and normal.

The supplier-client relationship is very much the same. A supplier will naturally push the limits of whatever framework they are given, because doing so means more money. As soon as a Western company pays for an inferior product because they were too lazy to do their due diligence throughout the manufacturing process or too naïve to consider the possibility of deception somewhere in the supply chain, this inferior product becomes their product every time.

I often hear the excuse that developing countries have growing pains, just as America did in the 19th century, Japan in the 50s, and Russia after the collapse of the U.S.S.R. That may be true, but it shouldn't matter. The FDA exists in the United States because, just as with the milk powder scandal in China, unscrupulous entrepreneurs killed consumers. Food is more expensive in the US now, but fewer people die from eating tainted products. Mistakes were made, lessons were learnt and measures were put in place to prevent similar things happening in the future.

If Western corporations fail to take responsibility for the products they outsource to China, they really have no-one to blame but themselves.

Careers in China – How Far Can You Go?

Don’t Sweat it: Tips on Job Interviews in China

We’re Not All English Teachers! Other Jobs for Expats in China

Interesting essay, thank you for posting such pieces

Because soooooooo many people come here to establish manufacturing or to outsource. 28+28 is no deterrent in securing Chinese manufacturing.