Having traveled a modest number of places across three continents, I am a fairly experienced traveler, although I wouldn't consider myself a hardened or seasoned traveler – I am too used to my creature comforts to be backpacking across Equatorial Guinea with just a change of underwear and a map in my bag, or dodging guerilla militia in the remotest parts of South America whilst hoping not to succumb to a tropical disease that I have never even heard of. 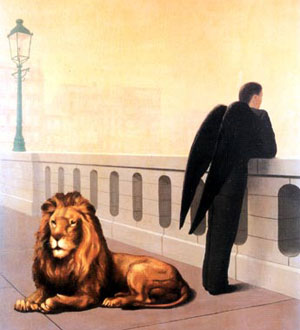 Still, from my experience, China is the country that, in terms of culture, contrasts the most with my own. As a foreigner in China it is easy to feel a long way from home. Here's a short list of tips for both long term residents and newcomers dealing with homesickness in China.

A Man's House Is His Castle
Chinese tastes in décor and apartments vary a great deal, although they are rarely similar to western tastes. Apartments range from cluttered old-style apartments crammed with wardrobes and storage spaces with literally barely enough room to swing a cat, to grand western style villas replete with bling-heavy chandeliers that glitter to the point of causing seizures; accompanied by flowery gilded furniture that would have made Louis XIV himself blush at their decadence. Despite the wide range of furnishings available, there is very little that suits western tastes (this is especially true of the board-hard Chinese beds). A short trip to IKEA to get a few odds and ends to give your residence that homely feel is a sure shot for keeping those homesick blues at bay, especially if you are a homebody.

Food, Glorious Food
Give a man a slab of Gouda, he can feed himself for a day; tell him where Jenny Lou's is, he can feed himself for a stint in China. Opinions of Chinese food vary from person to person, although most newcomers are surprised how little the food in China resembles the food available in Chinese restaurants and Chinatowns back home. Some people cannot get on with Chinese food, considering it disgusting slop with all manners of ingredients that should just not be considered food; for other people, the variety of food and the relative cheapness of eating out makes China a culinary paradise.

Either way, we all miss our comfort foods from time to time. There are places which cater to these needs. Jenny Lou's is perhaps Beijing's most famous western supermarket and is an Aladdin's cave of edible treats. Similarly, Shanghai and Guangzhou have FeiDan and Corner's Deli, respectively. Dairy products, the main thing comparatively lacking in a Chinese diet, are available aplenty in these supermarkets; customers are spoilt for choice with a variety of cheeses available prepackaged or at the deli counter. Although the smaller western supermarkets cannot compete with the larger supermarkets such as Carrefour and Wu Mei in terms of size, they hold a good selection, and most expats would be hard pushed not to find what they are looking for, or at least a decent substitute.

Beijing: Info on Jenny Lou's locations and other natural foods stores here
Shanghai: Addresses for FeiDan's multiple locations here
Guangdong: You can find the Corner's Deli closest to you here

It's Good To Talk
One of the main gripes of foreigners residing in China for any significant amount of time is the sometimes seemingly arbitrary internet censorship. Many websites are blocked by the Great Firewall from time to time, or even permanently. This is a bugbear for many foreigners. Particularly controversial is the blocking of Facebook which almost everyone uses to communicate with friends from back home. When feeling homesick, one of the fastest cures is to chat to an old friend.

Recently, in my ever backwardness in following trends in communications, I began using Skype. This might be old news to some people but I found video conferencing with family and friends is the next best thing to having them there in the room with me. Not only that, but it's completely free. If the person you need to contact is not online, then cards such as China Tie Tong's (中国铁通)‘197200' phone card can be purchased from news stalls on street corners across China (just recite that number to the seller in Chinese). The cards cost around 30 RMB plus a sellers fee which shouldn't be more than 3 or 4 RMB. When you call the number you are able to make a 100 RMB worth of foreign calls to be added to your phone bill, in my experience this works out at about 30 minutes worth of call time with the total cost of 130 RMB. Depending on your city and whether or not you have a landline, there are a whole host of phone cards you can purchase. Ask your local newsstand what they have.

All Work and No Play Makes a China Expat a Very Dull Boy (Or Girl)
Everybody has different ways to relax when they are at home: immersing oneself in a good book, video game, movie or CD is a perfect way into the realms of escapism and a great way to stave off the homesick blues. Fortunately (although not for the various industries that profit from the implementation of intellectual property rights), one of the boons of living in China is the widespread availability of bootleg DVDs, video games and music.

Beijing: Computer games and consoles can be bought at various boutique shops in Nan Luo Gu Siang, which is located next to Hou Hai and south of the line two Gulou Dajie subway station. The staff of these shops are whizzes with computer games machines, and can modify and chip consoles as well as give top expert advice. Particularly popular are Playstation 3, X-Box consoles and PSP handheld machines. If you are looking for new releases, or a favorite old movie. Xinjiek ou Wai (the street on which Line 2 Jishuitan subway station is located) is the perfect place to pick up DVDs. The shops have an extensive stock and some of them also stock a good selection of specialist imported CDs which will pique the interests of any musically minded person, although those are sold at import prices.

Shanghai: Xiangyang Lu electronics market on the corner of Xiangyang Lu and Fuxing Lu is one of Shanghai's top places to go for electronic goods. The best street to buy DVDs is Dagu Lu, which has about four separate stores including Movie World; and, right across the street, with the rather comedic moniker, rival store Even Better than Movie World.

If you are residing in a smaller city, never fear, Taobao is at hand. If you can't read Chinese, rope a Chinese friend into having a look with you and do some comparison shopping for the best mail order goodies.