6 Ice Breakers Expats in China Can Use to Impress Locals Whether in a social or work setting, expats in China often find themselves awkwardly thrown together with a group of locals and at a loss as to how to build camaraderie. In many cases, our Chinese counterparts are just as unsure or nervous as we are about starting up a conversation. Tried and tested ice breakers, therefore, are a great thing to have in the back pocket. Anything from chatting about Chinese literature, to rolling out a bit of local dialect, to eating something weird can earn you respect and relieve the tension. Here are six ice breakers that expats in China can use to impress locals. 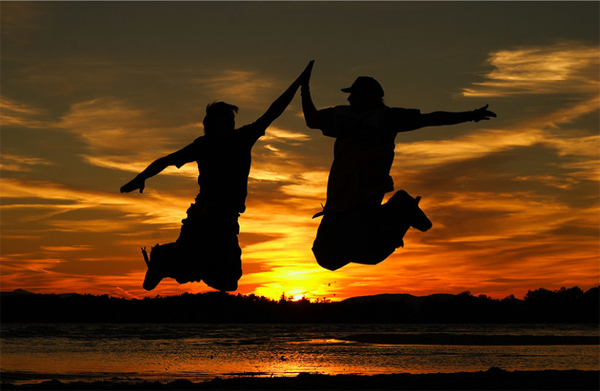 Practice a Chinese Song to Bust Out at KTV
Whether it’s an ill-advised rap to Jay-Z, a shout fest to some Nirvana, or a classic group singalong of Hey Jude, we’ve all got that go-to KTV song. But if you really want to get the party started with the locals, it’s time to learn a Chinese song or two.

Don’t be put off by the language barrier. Even if your command of Chinese is limited, it’s still possible to learn the words to a simple ditty. Although it obviously helps if you do speak the language a bit, with a little practice you can master a viral pop song such as Xiao Ping Guo or Xi Shua Shua or a modern love song like Xiao Xingyun or Na Xie Nian. If you really want to bring the house down, a classic like Hai Kuo Tian Kong or Qi Zouguo de Rizi might earn you a standing ovation. You can always go back to Don’t Stop Believin’ and Shallow after.

Master a Chinese Tongue Twister
Sure, you know enough words of Chinese to have a basic conversation, order food or sing a KTV song. You might have even passed a HSK test or two. But the real test is if you can complete a Chinese tongue twister without tripping over yourself.

Perhaps the most famous is The Lion-Eating Poet, which goes as follows:

Quite astoundingly, here is the English translation:

This particularly troublesome tongue twister, which embodies why Chinese is such a difficult language to learn, will certainly take some effort to master. But it’ll be worth it when you see the surprise on your local friends’ faces. Plus, it’s a great way to practice those all-important tones.

Become a Liar’s Dice Hustler
Whether it’s at KTV for a work party or a Saturday night out in a local bar, at some point as a China expat, you’re going to have a cup with six die put in front of you. Liar’s Dice, known as Chui Niu, is arguably the most famous and most dangerous of all Chinese drinking games. Ultimately, it’s a simple game of maths and bluffing which quickly gets intense. You can find a detailed breakdown of the rules to Liar’s Dice here.

Playing Liar’s Dice is undoubtedly a bit of a gamble. Lose and you’ll quickly wind up the drunkest person at the party. But win, and you’ll have beaten your local friends at their own game. Either way, it’s a fun way to break the ice.

Show You’re Brave and Eat Something Weird
There are few things that locals like to do more than to introduce Chinese food to their foreign friends. Part of this is certainly pride in the local cuisine and excitement to share it with others. But when it comes to certain dishes, part of it is also a bit of mischief.

If you want to break the ice and impress some locals, there are few better ways than nonchalantly tucking into a plate of chicken feet or pig brain when offered. For vegetarians, there’s stinky tofu and century egg, while the real attention seekers could try spider, centipede or scorpion at a night market. So take that leap of faith, put something weird in your stomach and become somewhat of a legend to your local friends.

Read Up on Classic Chinese Literature
China has a long and rich literary history, but it’s surprising how few of the classics have been widely read in the West. Stories such as Journey to the West and Romance of the Three Kingdoms have a huge influence on Chinese life even today, and you’ll see the same characters appearing again and again in blockbuster movies, mobile games and television adverts.

So read up on the classics, even if it’s just a synopsis, and surprise a Chinese acquaintance with a little chat about the cheeky antics of Sun Wukong or the military genius of Zhuge Liang next time you’re together. Extra points if you can read them in the original Chinese… but if you’re that good at the language, you probably don’t need ice breakers at all.

Learn Some Local Dialect
It’s great to be able to speak a little Mandarin with your Chinese friends and colleagues, but if you really want to impress them, learn a thing or two in the local dialect. It could be requesting a photocopy in Cantonese if you’re working in Guangdong, greeting family members in the local Hunan dialect when visiting a partner’s hometown, or even just throwing in a few cheeky Shanghaiese slang words when out at a fancy restaurant on the Bund.

It’s easy to become fixated on mastering Mandarin in order to pass HSK tests, but don’t forget to have fun with language learning, too. Making that extra effort to learn someone’s local dialect can really endear you to them and lead to a lot of laughs.

As a local, all the above will sweep me off my feet and instantly win my respect. Liar's dice, I'm not a KTV animal but nice if you try! :0))))

just tell locals you have no morals and will whore yourself out for ANYONE ! They will love you immediately.

Say more along this line and we'll like you more, LOL

yes, WangNan2020 (i can see your alias so i don't know why you chose to click the 'guest' button) China loves whores.

What kind of shabby website framework it is for you to see a guest's alias...? Are you a site admin?

So I can see that what you said was not a question, but was an accusation, right? It was received, for your information.