Whether it’s using chopsticks, eating spicy food or scoffing chicken feet, there are a lot of common misconceptions among Chinese people when it comes to foreigners and food. Here are five I’d like to try and debunk.

1. Misconception: Foreigners do not like to eat food on the bone 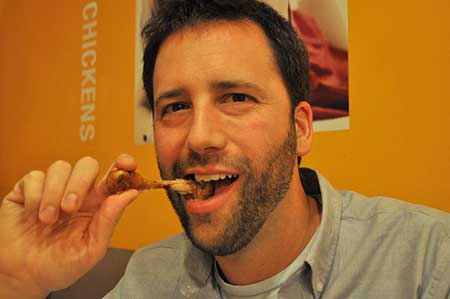 The Truth: Most foreigners are actually very happy to eat food off the bone. Give an American some chicken wings dripping in buffalo sauce or a Brazilian some beef ribs fresh from the barbecue and they will bite your hand, as well as the meat, off.

The Exception: The difference is in the way the food is presented and eaten. If you have a chicken curry and the meat is still on the bone it can be fiddly for foreigners. If you’re eating a very bony fish it can also be hard to enjoy your meal without constantly worrying about choking.

The Anecdote: I learned this lesson the hard way. I had a short stop-off in Macau when first arriving in China. I went to the first restaurant I saw in the airport and ordered some noodles with duck - a favorite of mine at the Chinese restaurant back home. When I took my first huge bite I nearly choked on a bone. I realized I had no idea about real Chinese food.

2. Misconception: Foreigners do not to eat spicy food The Truth: Whoever started spreading this misinformation has obviously never been to India or Mexico. And it’s not just Indians and Mexicans who love a bit of spice in their life, we all do. Yes, even the English.

The Exception: There is a middle ground between adding a bit of spice to your favorite dish and drowning it in so much chili that you struggle to taste anything else. Searching for the meat in some Hunan dishes can be like finding a needle in a haystack, while some hotpots at Sichuan restaurants offer a one-way ticket to a day spent on the toilet.

The Anecdote: I’ve lost track of the amount of times I’ve had to correct Chinese friends when they decide to speak for me to tell others at a meal that I don’t eat spicy food. Just because I didn’t want those dodgy looking spicy lamb skewers from the street vendor does not mean I don’t want the delicious spicy green beans at the fancy Xinjiang restaurant.

3. Misconception: Foreigners don’t know how to use chopsticks 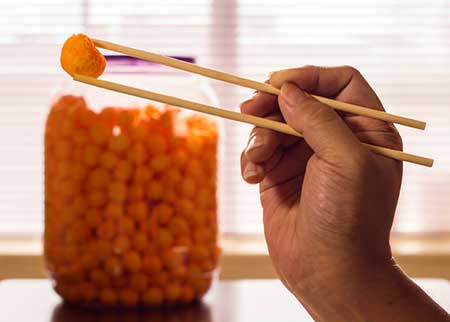 The Truth: It is probably fair to say that most foreigners arrive in China unable to use chopsticks with optimum skill. It’s funny how being hungry motivates people to learn something new, though. Usually within a few weeks or a couple of months they can use chopsticks just fine.

The Exception: Although most foreigners eventually learn how to wield a set of chopsticks in order to stay alive, they aren’t going to be showing off their skills on China’s Got Talent anytime soon. Picking up a dumpling may be easy enough, but it’s a different matter entirely when scooping long noodles out of soup or performing the picking-up-three-peanuts party trick.

The Anecdote: I’ll never forget my first time trying to eat with chopsticks. I was so hungry after a long day of work, but everything I went for fell back into my bowl when I tried to raise it to my mouth. All the while, the whole restaurant watches on with amusement.

4. Misconception: Foreigners Do Not Drink Baijiu The Truth: While it is true that most foreigners who live in China have sworn off drinking Baijiu for life, that is not to say there are no foreigners whatsoever that indulge in notorious Chinese rice wine. Yes, it does taste like paint stripper; yes, it does make you do things you’d rather forget; yes, it does give you the feeling there’s a sword stuck in your head the next day; but... it’s cheap. Foreign students and twenty-somethings living in their home countries love cheap, strong alcohol. If they sold Baijiu in the convenience stores of America I’m sure it would be a big hit at house parties.

The Exception: Whether that strictly counts as liking Baijiu or not is open to debate. In China I dare say foreigners mainly drink it to impress the locals. Remove that (and money) entirely from the equation, and show me someone who chooses a bottle of Baijiu over a bottle of beer or wine, and I’ll show you a sadist.

The Anecdote: I drank Baijiu. Once. I ended up trying to wrestle a snake charmer in a nightclub and singing “My Heart Will Go On” while being driven home on the back of a scooter. Never again. 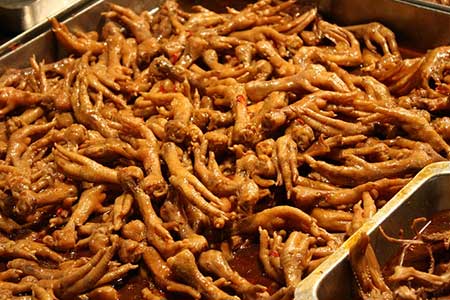 The Exception: Who am I kidding? The truth is that foreigners DO NOT like chicken feet! Some of the brave and crazy will try them on a dare, but I guarantee that will be the first and only time. The rest of us don’t even get that far.

The Anecdote: Nope. I’m neither brave nor crazy.

Chopsticks are easy to use. Really.