How to Be a Good Manager in China Managing Chinese workers, like many other workplace challenges, can prove a task chockfull of pitfalls for foreigners. Whether you’re new to China or struggling to motivate a team you’ve been supervising for a while, read this guide for the ins and outs of how to be a good manager in China. 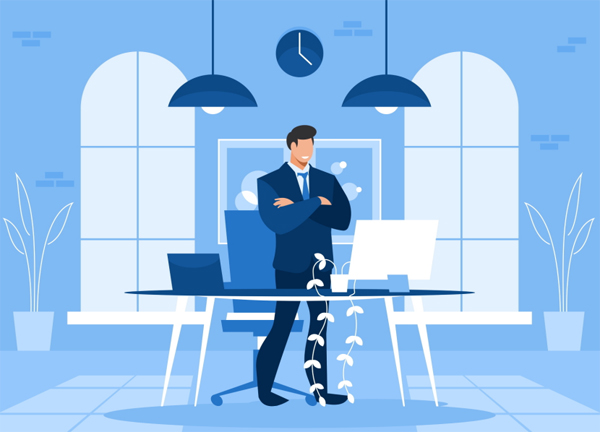 China’s miraculous development over recent decades is in part thanks to its ability to attract foreign investment and workers. By accommodating huge multinational corporations and smaller wholly foreign-owned enterprises, China has transformed its economy at a rate never before seen in the history of mankind. Despite all the successes, however, thousands of foreign businesses face communication and culture clashes on a daily basis. Understanding the local business and cultural environments is integral to the success of both expat managers and their companies. Here are five tips on how to be a good manager in China.

While often overlooked in today’s globalized world, cultural differences abound in Chinese-foreign partnerships, and understanding them is essential for those who wish to prosper here.

One stark difference is the idea of professionalism as we have come to view it in the West. In China, it’s not unusual to see employees at multinational corporations wearing cartoon t-shirts and jeans to work, napping for an hour after lunch, and making loud personal phone calls during work time.

While these infractions might seem appalling to a fresh-off-the-boat foreigner, local managers rarely clamp down on this kind of behavior as Chinese work culture puts more stress on results than personal habits or behavior. Indeed, as a foreign manager in China, it may be in your best interest to let the small things slide and focus more on the output of your employees.

Another stark cultural difference is probably the result of the Chinese education system. While critical thinking is a skill promoted in schools and businesses in other parts of the world, Chinese children learn from an early age to follow the instructions of their superiors with blind obedience.

Unfortunately, these rather one-dimensional working styles pass over into the workforce. Foreign managers will often report that Chinese employees would rather finish a task given them than alert their manager to an obvious flaw they’ve discovered along the way. Chinese people are conditioned against questioning authority, to the extent that they would sometimes rather waste their time than flag an issue to their superior.

The upside to this respect for hierarchy is that foreign managers in China will rarely see their orders questioned in front of other staff members. The downside, of course, is that under this system, businesses here don’t benefit from constructive criticism or a forum of individual opinions.

That’s not to say you can’t cultivate better critical thinking skills and a more open environment in your workplace; it’ll just no doubt be a bit of an uphill battle against some strong cultural forces.

Praise in Public, Punish in Private

One of the most often cited Chinese cultural concepts is that of “face”, a kind of public persona that you can “lose” through embarrassment. The Chinese put great stock in reputation and social positions, which in business means paying the proper respect to people in public.

As a foreign manager in China, this means sparing your employees from undue embarrassment in front of their peers. Always praise in public and punish in private.

Not all challenges in the Chinese workplace are cultural. It’s equally important to be mindful of the local business regulatory environment.

Starting and maintaining a business in China demands a plethora of permits, licenses, contracts, and legal paperwork. While your company has no doubt hired some local staff to take care of these administrative headaches, it’s in your interest to learn as much as you can about the rules that govern your industry. You don’t want to find yourself in an argument with your HR manager about their own contract or have your accountant think you have no understanding of local tax laws, for example.

Learn the regulations as quickly as possible so that you can keep properly abreast of everything under your watch.

With all this talk about cultural differences, you could be forgiven for thinking of Chinese people as one entity instead of more than a billion individuals with their own unique lives.

In China, the best way to form good working relationships with your employees is to put the time in to actually get to know them. You could ask if they’ve eaten yet (a common Chinese greeting), tell them they’re not wearing enough clothes when it’s cold (a common way to demonstrate affection), or even go as far as to ask about their love life, their parents, and where they live. These kinds of questions between managers and employees are not uncommon here.

In the West, bosses might show they value an employee by offering to pay for job-related training. In China, however, the staff might just think you’re just trying to profit off of their hard work. If you can demonstrate that you’re making an investment in them personally, however, they will really see that you care and feel all the more motivated because of it.

Train yourself so much, never quit, and do your best, by time you will be the best manager in your area

I also interested for going chaina. How i can give chainess visa. Help me and everyone.