10 Reasons Why Working In Shenzhen Is Awesome Often mistaken as one of China's top tier cities along with Beijing, Shanghai and Guangzhou, Shenzhen in Guangdong province is a place where foreigners tend to land and stay for years -- but not without good reason. Working in Shenzhen provides a great deal of opportunities to foreigners while also serving up a standard of life that's much more comfortable than many of China's other second tier cities. Let's take a closer look. 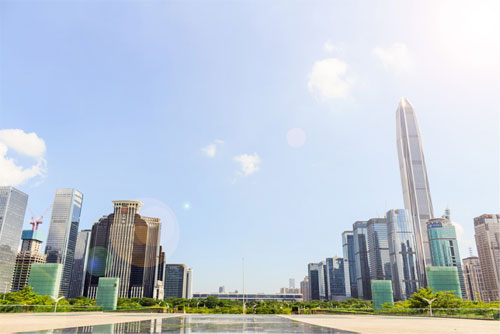 The a massive amount of investment and growth currently being experienced in Shenzhen has led to it being labeled the “Silicon Valley of China”. Thanks to this tech boom, foreigners can now find jobs in marketing, copy writing, sales and project management in a wide range of companies that deal with e-commerce, mobile gaming, social media and bleeding edge tech. Move over, Silicon Valley.

Restaurants for every taste

Shenzhen truly is a melting pot. One giant delicious pot of different cuisines, that is. In Seaworld in Shekou you can get your Brazilian at Latina, your Mexican at Tequila Coyote's and your Indian at Spice Circle. Meanwhile, near Coco Park in Futian you can find Turkish at Turkish Bus Grill, German at Haxnbauer and the finest gourmet burgers around at Baia Burger Concept and Mash.

It's not just Western cuisine either. There's an endless selection of Japanese and Korean restaurants on offer, with the Coastal City area around Houhai Metro Station home to some of the city's best.

For those looking to impress with some fine dining, take a date's breath away with the view from the top of the KK100 Tower at the All Day Social Dining buffet at the St. Regis Hotel in Luohu, or treat them to the best steak in town at the Grange Grill at The Westin Hotel in Nanshan. You won't go hungry in Shenzhen.

There's no shortage of bars and clubs to hit after dinner in Shenzhen. Whether you're looking for a bar to watch the sports in, a pub to sample some craft beer or a club to dance the night away, Shenzhen has got you.

If you're in the Shekou area, McCawleys and the George & Dragon are always great shouts for an expat-friendly spot with the sport on. Those looking to grab a bottle and a table should head to The Terrace, which boasts a bouncing live band and a large outdoor balcony perfect for people-watching. For something a bit alternative, check out Dolores Park, home to a variety of club nights, from heavy metal mini-festivals to regular gay parties.

For those in Futian, Coco Park is the place to be. In this relatively small rectangle are more bars and nightclubs than you'll find in the entirety of some other Chinese cities. If you want to take a moment before taking the plunge into the main area, check out Glass Hammer, where you'll find countless craft beers and some highly rated gastropub grub.

If you're in the Bao'an area, check out King's Bar near the Bao'an Center, a lively meeting point for young foreigners in this part of the city.

It could be said that Shenzhen's large shopping complex in Luohu is as well-known as the border to Hong Kong it's built next to. For many years, the Luohu Commercial City was a shopper's paradise, taking on a near-mythical status with foreigners salivating for dirt-cheap copy items.

With the advent of TaoBao and the general rise of prices in China, however, Luohu Commercial City is not as overrun as it once was. That's probably a good thing though, as shoppers can still get great deals on tailor made suits, sportswear, casual business wear, electronics and handbags without the crush.

Another advantage is that since the shopping center has seen a bit of a drop in popularity, the shop owners have become a lot more direct in their pricing. Hard haggling therefore isn't as essential as once was, which may come as a relief to tired shoppers.

For young foreign families living and working in China, education can be one of their biggest worries. While China undoubtedly offers some amazing career opportunities, many parents are concerned that they won't be able to secure the same level of education for their children than they would in their home countries.

Luckily for those working in Shenzhen, there is a very developed network of highly regarded international schools. In Shekou there's Shekou International School, which offers classes from 2-years-old up to high school level. And in Futian, there's the Green Oasis School, which accepts student for primary and secondary grades, offering a blend between Western and Chinese education systems. There are many more, but these are perhaps the best known.

Shenzhen isn't all hard work and boozy play. There's plenty of family fun to be had, too. The city is home to several theme parks to keep the kids (and big kids) entertained.

Windows Of The World is perhaps the most famous. The park is home to scaled-down version of all the world's most iconic landmarks, allowing visitors to tick off plenty of boxes on their bucket lists, as long as they don't mind cheating. Where else would you find the Eiffel Tower overlooking the Taj Mahal?

If that isn't enough miniaturization for you, there's also Splendid China. This scenic park sprawls out over the OCT (Overseas Chinese Town) as a showcase of Chinese art, culture, traditions and history, all in miniature.

Readers could be forgiven for thinking that Shenzhen is all skyscrapers, packed-out subway cars and crowded mega malls. However, Shenzhen also boasts some genuinely attractive beach areas just a short drive from the city.

For a luxury weekend getaway with a partner or the family, look no further than the pristine sands of Dameisha. Connected to the beach is the Sheraton Dameisha Resort, a 5-star hotel with four swimming pools and one of the most highly rated buffets in town at Feast.

If you're after a more lively experience, head for Secret Spot. Located at Xichong Beach and run by a chilled out American, it's the perfect place to grab some food, a drink and, if you time your visit with one of their epic parties, to dance until the sun comes up.

Spoilt for choice with sports

Playing sport in China is a real win-win. Not only is it an easy way to keep fit in what can otherwise be a country that encourages an unhealthy lifestyle for expats, it's also one of the fastest and most natural ways to make friends when moving to a new community.

Luckily for you, Shenzhen is packed full of amateur sports clubs. If you're interested in soccer, check out the Shenzhen International Association Football League (commonly known as SIAFL). The league pits 10 of the city's best amateur sides against each other in an 18-game season that lasts from March to November.

If you want something with a bit more rough and tumble, try out for rugby with the Shenzhen Dragons. The team meets regularly for training and socials and often travels for tournaments in the rest of China and beyond.

Shenzhen even boasts an Gaelic Athletics Association club, the Shenzhen Celts, who meet and play Gaelic football and hurling. The club is very welcoming to new members, even those who've never tried either sport before. There's also plenty of after practice fun to be had in the club's sponsor bars of The Brew and The Evil Duck.

Until recently, most international live acts that passed through the region would usually be limited to shows at venues like the HKCEC in Hong Kong and The Venetian in Macau. But the past year or so has seen a marked increase in those big name acts crossing the border into Shenzhen.

Recently we've seen the likes of John Legend, Liam Gallagher, Cirque De Soleil and even the wrestling superstars of the WWE. What more could you ask for? There are also plenty of smaller independent music houses dotted around the city hosting lesser-known international bands and more niche genres. Metal and rock fans, for example, will be surprised by the range of acts that play Shenzhen.

And if all that wasn't enough, Hong Kong is literally just next door, and it's never been more convenient or more comfortable to visit the city from Shenzhen. Visitors can arrive by the subway at Luohu or Futian, by ferry at Shekou, and by bus at Shenzhen Bay and Huanggang. There are options for everyone, whether you're looking for cheap, fast or luxury.

Still not convinced? Check out the top jobs for foreigners currently available in Shenzhen.