10 Years On, My Experience as a Volunteer in China is Still With Me Although the Peace Corps ended its relationship with China in 2020, my time serving with them remains one of the most impactful of my life. Serving as a Peace Corps volunteer in China was indeed the toughest job I ever loved. 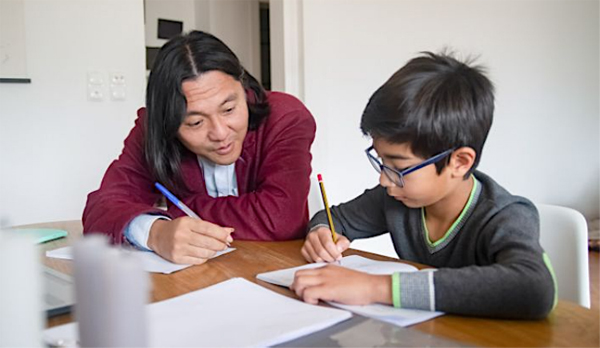 It’s now been 10 years since I finished my service as a United States Peace Corps volunteer English teacher in China. Working at a university in Xindu, Sichuan Province, I was charged with helping students with their English and spreading a positive impression of American culture. Looking back on my experience, I have mixed feelings of fondness, longing and relief. Fondness for my students; longing for a return to such fulfilling times; yet relief that such a busy, stressful time of my life came to a successful conclusion.

A baptism of fire

As an anxious person who has never lived abroad and suffers from terrible insomnia, my first week of orientation in the Peace Corps China could be adequately described as a raw, fiery baptism. I arrived, alongside 100 or so other volunteers, into Chengdu in the dead of night. I’ve never been very good at sleeping on planes, so by the time I finally got settled in my hotel room, I hadn’t slept in roughly 36 hours. I was also too amped with anticipation to get more than three hours’ shut-eye that night, so I went into my first day in China in a daze.

The Sichuan food woke me up with a bang! I could hardly use the chopsticks due to sleep deprivation and my nerves, but when I naively bit down on a Sichuan peppercorn in a stir-fry at the hotel breakfast buffet, I freaked out as the numbness spread across my mouth. I lived on saltine crackers for the next three days.

Once the program started, though, the Peace Corps kept me so busy I didn’t really have time to worry about anything. The focus was suppose to be on cultural integration, which is what made the Peace Corps such an attractive option for me after graduation. The Chinese name for Peace Corps volunteers is 美中友好志愿者/Měi zhōng yǒuhǎo zhìyuàn zhě (America-China Friendship Volunteers), but the bulk of the work was really language learning and teaching. The Peace Corps language training I received was intense but rewarding. We began learning basic survival Chinese on our first day, including a few characters, some phrases for shopping and the numbers.

On an average week, I attended about four hours of classes from Monday to Saturday. This was a humbling experience, to say the least, as I soon realized that learning Chinese would probably be the hardest thing I’d ever try to do. I grew to despise the fourth tone—well, the tones in general, but particularly the fourth. It did, at least, explain why, when I first arrived in China, I thought people were always yelling at each other. This emphatic fourth tone can make normal conversations sound like arguments to untrained foreign ears.

I assumed my Chinese would improve quickly, as Peace Corps volunteers are required to live with a host family for roughly two months. Unfortunately for me, however, my “host sister” insisted on practicing her English all the time, so I picked up very little outside my lessons.

But staying with a local family was a wonderful experience that smoothed my transition into China and gave me a deeper understanding of Chinese culture. A big part of Sichuan culture is the local food, which the mother of my host family was very insistent I sample. She was a great cook, but didn’t go easy of the local specialties, including chicken feet, cow brain and rabbit head. I tried my best to be polite, nibbling the jaw of a rabbit head one evening, but I’m sure my discomfort was obvious. Nevertheless, I learned how important it is to keep an open mind and a sense of humor when living in a new culture. Looking foolish and awkward is unavoidable.

I was also, of course, trained in how to lead my own language lessons through the TEFL program. I taught at Southwest Petroleum University in Xindu for two years. Overall, the experience was extremely positive and rewarding. With no real experience and little concept of how the Chinese education system works, however, I wouldn’t say my lessons were all I hoped they’d be at first.

The first semester was intensely frustrating, as I unfortunately encountered a great deal of academic dishonesty and plagiarism. The kind of dishonesty and plagiarism that would probably get you expelled from an American University. I tried giving quizzes on the reading I’d assigned — solely to ensure students were actually reading the material — but so many looked up the answers on their cell phones, copied other students or shouted out the answers in Chinese, policing them began to make me feel more like an angry fascist dictator than a jolly American English teacher.

Things went much more smoothly once I’d adjusted my expectations and developed some strategies for dealing with lazy students. After some trial and error, I started giving my students journal assignments instead. These were much easier to manage, as if a single sentence of a student’s paper sounded like it was written by a native speaker, I could be almost certain it had been copied off the internet. All I had to do was Google those suspicious sentences. One of my most brazen students once copied an entire chapter from Hemingway’s The Sun Also Rises, changed the title to “Before the Festival,” and submitted it as her own short story.

Many students also didn’t care about their grade for the course because, in the grand scheme of things in China, it just wasn’t that important. Doing well on the big standardized tests like the College English Test (CET) was what they really cared about. Most were just looking for the golden 60 that meant they passed. I remember telling one student she had barely scraped through with a mark of 60 and she couldn’t have been more grateful.

Even though I found myself discouraged on the job from time to time, I tried to keep in mind that just my presence at the school as a representative of America was significant. Many of my students had never met an American before, so I felt honored to (at least attempt to) give them their first favorable impression. I also worked to dispel some of the misconceptions they had about the US. Many of my students were unaware of the fact that there is poverty in America and that millions live without any form of health insurance, for example. In truth, most were excited to have a foreign teacher and very eager to learn.

Although we weren’t allowed to take on any outside employment during our service, we were required to conduct secondary projects beyond the 14-16 hours of English teaching per week. These might take the form of extra-curricular clubs, running campus publications or other projects. I hosted a weekly book club at my apartment as one of my secondary projects. I found this to be an excellent opportunity for an informal cultural exchange and for my students to practice their speaking, listening and reading skills. I still keep in touch with several former book club members, some of whom really took their English learning to the next level and became interpreters or teachers.

Even 10 years on, I consider serving in the Peace Corps to be one of the most rewarding experiences of my life. In addition to the warm fuzzy feeling I got from volunteerism, I also found the experience served me very well on my resume and that there were a number of fellowship programs for returned Peace Corps volunteers in the US.

My stint sparked an insatiable interest in Chinese culture that continues to this day. After my service, I stayed in Chengdu and spent some time studying Chinese before pursuing a doctoral degree in Comparative Literature at Sichuan University.

While serving in the Peace Corps is no longer an option for today's adventurous students, there are plenty of other ways to volunteer in China. If you’re interested in similar philanthropic adventures, I recommend this China section of goabroad.com as a good starting point.

The contents of this article are mine personally and do not reflect any position of the U.S. government or the Peace Corps.