The internet has taken off since it first became available for widespread public use in the 1990s. Video chat allows you to talk to your loved ones back home face to face; you can use the Google Maps satellites to see if your house is on fire; you can take compromising pictures of your friends and upload them to Facebook directly from the bar/squad car straight from your smartphone. Your parents are on Facebook, heck, even Wen Jiabao is on Facebook. Yet, for all the advances in technology, some things remain unchanged. That "hot" "girl" you met online? Maybe not so hot, or so female, after all. It turns out that China’s "most beautiful female hacker," YingCracker, may actually be a man. 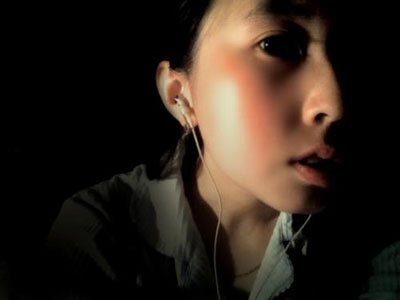 In May of this year, Information Times published an article about a young woman from Shanghai who was making 15,000 RMB a month selling hacking software from her website. eChinacities translated the article under the title Hot Chinese Girls Fully Exposed…as Hackers. The author of the original article followed up a popular Chinese forum thread called, "Chinese Hottie Hackers" and was soon talking to YingCracker. Except, as it turns out, according to a collection of articles posted on Tianya, the journalist never actually talked to YingCracker. She refused requests to meet or talk on the phone and would only consent to communicate by chat. According to the Information Times reporter, YingCracker’s "chat style was very feminine."

YingCracker became an overnight sensation – photos from her now defunct QQ blog were widely circulated, even made into videos, and hacker wannabes flocked to her site to purchase her Trojan horses and training. She quickly acquired an awed and enamored following. The story spread across the Chinese language internet and soon fake QQ pages that transplanted pictures and content from YingCracker’s site sprung up as eager entrepreneurs tried to make money off the new phenomenon. The girl who, "got into hacking as a hobby and also because she came from a less than well-off background and she wanted to use her skills to make some cash," became a brand name used to sell software ranging from quick QQ hacks to programs able to create botnets. Botnets network together large numbers of personal computers belonging to unsuspecting individuals in order to generate a computing force powerful enough to launch attacks on large companies or governments. YingCracker was originally selling these tools, training on how to use them and her services as a hacker for between 500 and 5,000 RMB, but soon she was complaining online about unscrupulous unauthorized "agents" who were profiting off her illegal software.

The world of hackers is a murky one and many of those claiming to speak for it are often imposters. Writing a story about hacking is difficult because verifying sources is often impossible. It seems unlikely that someone making large sums of money off of illegal activities would be so willing to post countless photos of their self online – according to criminal law, YingCracker could spend as many as ten years in jail if caught. Although it took some time to become public, it appears that in hacking and IT circles, many already knew, or suspected, that YingCracker was actually a man.

According to one hacker – who like all reasonably intelligent hackers refused to be named – the real YingCracker is actually a man currently living in Shanxi. This source, allegedly an associate of YingCracker’s, wrote that the hacker enjoys dressing up in women’s clothing – an activity that is apparently, according to the same writer, becoming a popular game among pent-up Chinese IT types. According to several IT workers, referring to each other as "MM", Chinese net slang for a pretty girl, in chats and forums is actually very common. 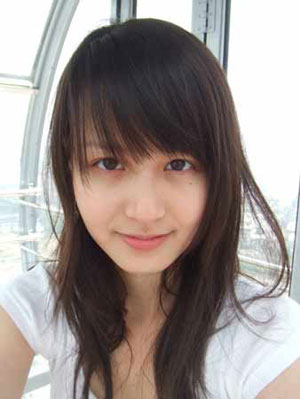 While this seems entirely possible, the idea that the pictures of YingCracker are actually pictures of a man seems decidedly less plausible. However, using pictures of attractive women to complement stories is common practice in the Chinese online media. Pictures used as photos of a female student who used sexual favors and 100,000 RMB to try and bribe a septuagenarian professor were quickly determined by other Netizens to be those of a TV host from Taiwan.

The YingCracker saga shows that journalism is changing. More and more stories in mainstream media originate online – in forums, chat rooms and on blogs quickly posted and reposted in manner reminiscent of the game kids use to call "telephone". There is no longer a wall separating traditional and online media, and that may not be the only distinction being blurred in the virtual world. When it appeared YingCracker was probably male, hackers tried to give the title of China’s most beautiful female hacker to another computer expert. She turned it down: "I’m a man, I spend all my time among groups of men, I’ve already been a man for some time now."