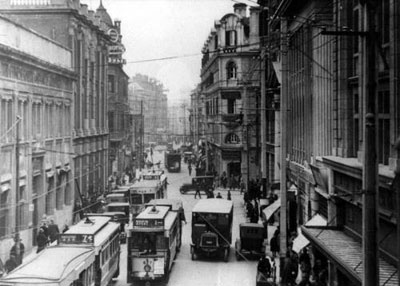 You think today's Shanghai is tough? Ahh, applesauce. You're all wet, see? Nowadays, any foreigner in a knock-off suit with a fluffed-up resume can land a marketing gig that pays enough for a snoot full with his best girl on Saturday night. In Old Shanghai, life was cheaper than a pipe-load of opium, and dreams dried up faster than the sweat on a coolie's back in a stiff breeze. That's why these five mugs get the blue ribbon for scam-slinging, making mountains of spondulix in a city so mean it made Al Capone's Chicago look like Candy Land. 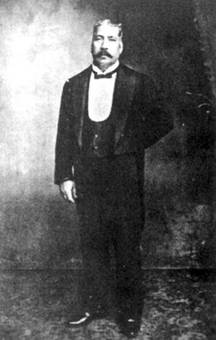 Not the first, or the last, Baghdadi Jew to make good in the City That Dope Built. Sileh "Silas" Hardoon got his start as a flimflam man in Hong Kong, but had to lamb it after botching a grift job. He hit the skids in Shanghai, until D.Sassoon & Co. took notice of his sharp bean and dusty knuckles, putting him on the payroll as a rent-collector and all around fixer.

But Hardoon had bigger dreams than a hop-head with an arm-full, and gave D.Sassoon the twenty three skidoo. He started a cotton brokerage that went down like a Harlem Sunset. No Jasper, Hardoon saw the big loot was in tu, literally "land" but technically opium, and got back in cahoots with the Sassoons, this time with son Elias. In less than ten years he made partner, putting on the la-di-da at the ultra-swank Shanghai club.

Hardoon knew his swarthy mug would never get him too far with the real snoots, though, and kept it safe by going native. He married a Eurasian dame with big connect to Shanghai's Chinese upper crust, and even adopted a passel of Chinese orphans to make good with the locals. All his dope profits went into real estate, particularly on Nanking Road. When prices shot up like a junkie on payday, Hardoon was one of the richest men in Shanghai, with an estimated 150 million frog skins to his name. 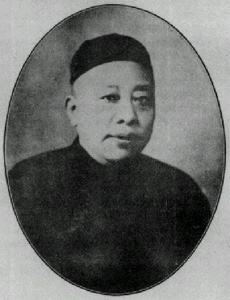 "Pockmarked" Huang started out as a lowly guard at a French Concession hoosegow, in 1892. But Pockmarked was sharper than a bag full of razor blades, and trickier than a Great Wall tour operator. By the 1920s he had made Chief Chinese Officer of Shanghai's French gendarmerie, and made like a neglected housewife with the keys to the Haagen-Dazs shop. Woe to the clip joint or smoke shop that wasn't giving Huang a healthy taste - half the catch in the Pudong River had been fattened up on the fish food he and his goons had dropped in head first. Actually, a police captain who made no bones about being not just on the take, but doing most of the taking, helped make Shanghai a much more peaceful sinkhole than it could have been.

Huang scored big when he muscled his way into ownership of the Great World Entertainment Center, on the corner of Yanan and Xizang Lu. Six stories of concentrated vice, the Great World was Las Vegas packed into one rickety building, minus the Nancy tiger-tamers. Nothing a drug-addled brain could conjure for a good time was off the menu at Great World: sing-song girls, fantan, peep shows, even earwax removal, and not a song, a fan, a peep, or a dig but what Huang got a piece. 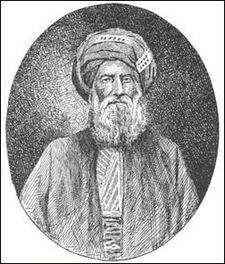 David Sassoon, the Kosher Kid, the Duke of Dope; if his pampered progeny were the Kennedys of Gilded Age Shanghai, then David Sassoon was surely Papa Joe. The original Baghdadi Jew who made bad good in China, he dreamed up a golden triangle, sending thousands after thousand cases of opium from Bombay to Shanghai, Chinese silk and filthy lucre to England, and Lancaster cotton goods the other way. Pablo Escobar's racket was a newspaper route by comparison.

Thanks to this original Sassoon, China soon had more junkies than monks, putting a bee in the emperor's bonnet. Xuanzong had his trigger boys dump a load of David's goods in the drink, but Sassoon was running with the Rothschilds, bigger wise guys the world has never known. They used their pull with the English royals to touch off the Opium Wars. Sassoon got paid for his wet opium plus the vig, and Shanghai got turned out as the sleazy heart of a legal drug empire. 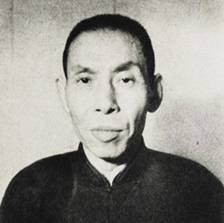 "Big Ears" Du to those out of hearing range. Then again, a pocket didn't get picked on the Bund without Du's big ears hearing about it. Hi-profile citizen, patriot, and capo di tutti capi, Du Yuesheng had a thousand faces, each with a grin like a frozen fish. The eastern Meyer Lansky, Du could cook books, fix races, arrange murders, and trade favors with equal finesse.

Only a palooka would wonder that Du bubbled to the top of the infamous Green Gang like a fish head in a bowl of shuijuyu. Commanding a secret army of anywhere from a hundred thousand to half a million loyal button men, Du rubbed shoulders with Chiang Kai Shek, putting commies on ice like prawns for a wedding banquet.

With Pockmarked Huang, Du sucked the French Concession dry like a thirsty tic.  But he didn't eat alone, and had more hands in his pocket than a US Senator playing Pass the Pork. Whether a bank or a bunko parlor, you won a friend paying Uncle Du protection, or you lost your favorite digit under his sphinx-like gaze. But opium, always opium, was the wheel on which Du's fortunes turned. For introducing a cure for opium - heroin pills - he got appointed to the Board of Opium Suppression, one of his lesser civic distinctions. His reign lasted longer than the gams on a Russian showgirl. The Lord of the Shanghai Underworld, Du spit in Karma's eye, dying peacefully in his sleep at a ripe old age. 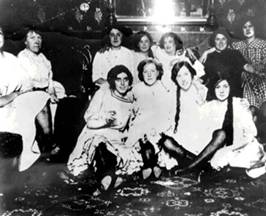 There were more knock shops in Old Shanghai than fleas on the night train to Hangzhou, but Gracie Gale ran the classiest. Located on "The Line", the Bund's row of foreign brothels, Gracie's cathouse specialized in dolled-up Yankee talent, and left the Chinese slave girls alone to cruise the International Settlement. The San Francisco madam would send out hand-engraved cards whenever a new prospect arrived. Clients could snort champagne out of English crystal, and gob haute cuisine. A good time at Gracie's would lighten a rich man's wallet, and bankrupt a rube, but she never let in sailors or other riffraff. They had to chase pheasants down at the flower smoke shops, or drive nails down at the dock-side cribs. The arrival of the White Russians put an end to Gracie's lock on high-end tail; she lambed it back to San Fran, where the profits were as fat as the marks.