“I travel not to go anywhere, but to go. I travel for travel’s sake. The great affair is to move.” If you agree with Robert Louis Stevenson, one of the all-time great travel writers, then a train trip through China is probably calling your name. With the peak of summer holidays coming up, try one of our recommended journeys throughout the various corners of the Middle Kingdom for an unforgettable experience.

The Qinghai-Tibetan Express is the highest train route in the world, with much of the tracks hovering above 4,000 m and the highest passage above 5,000 m. (To put this in perspective, Mt. Everest is just under 9,000 m). In fact, the altitude coupled with the quick ascent is such a concern that a medical evaluation is required before boarding the train, and they pump oxygen through the air-tight cabin to help you breathe easier. The ride brings you through the heart of the Tibetan plateau, painting a picture of jagged mountains, grazing yaks, and majestic blue skies. Price: about 800 RMB for soft sleeper

Schedule: As a foreigner, you are required to register with a government certified Tibetan tour agency to guide you along the way. Speak with them about arranging tickets, times and tours, as they will be the ones responsible for crafting your itinerary/train trip.

I did this trip a few years ago except in the opposite direction. (Actually, I started in Moscow and traveled all the way to Beijing, so this was the latter part of my trip). Speaking from experience, this was by far one of the most memorable train journeys of my life. I could go on about the scenery and staring off into a mysterious Mongolian abyss, but the coolest part for me was crossing the border. Mongolia and China don’t have standardized tracks, so they literally lift the train up off the ground, change the wheels and axles of the train in mid-air, then drop the multi-ton chunk of metal onto another set of tracks.

To be honest, making the trek to the North Korean border is a bit lifeless with little to see. However, what makes this a top trip is 1. The anticipation of knowing you’re about to enter the planet’s most secretive state and 2. After crossing the border, being able to see the North Korean countryside and villages – it’s a time warp back to the days of Stalinism. I’d highly recommend this one for any of you Cold War history buffs. Important note: Just like Tibet, make sure you have your travel permits issued for North Korea. For more information on travel to the Hermit Kingdom along with our recommended tour agencies, click here. Please speak with your North Korean tour operator about train prices and times. All foreigners are not allowed to take this trip individually and are required to be in a tour group; your tour operator will plan everything out. Depending on government policy, certain nationalities are not allowed to cross the border by train.

4) The Most Beautiful High-Speed Railway in China: Hefei to Fuzhou Bullet Train

This bullet train route was just completed in June of this year, so hop on if you want to be one of the first to experience it. Starting in the provincial capital of Hefei and ending on the coast in the provincial capital of Fuzhou, it’s praised for passing through several 5A tourist areas, with the most renowned being the UNESCO World Heritage Sites of Huangshan and Wuyi Mountains. Now you see why it’s considered “the most beautiful high-speed railway” in China. This is a perfect excursion for those looking for natural wonders, as you’ll spot mountains, beaches, forests and numerous rickety bridges over gushing rivers. 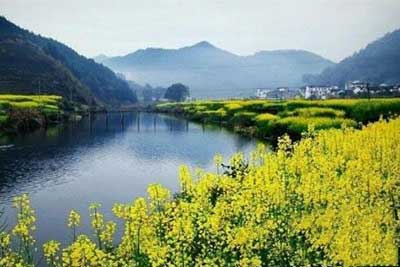 Price: about 360 RMB for second class

Schedule: There are various trains departing during daylight hours in both directions.

Once you leave the vast urban sprawl of Urumqi, the view first morphs into the gorgeous Tianshan Mountain range and then later into the vast unforgiving Taklimakan Desert. You can view the routes that Silk Road traders of the past used thousands of years ago and even spot ancient trading towns dotting the path. Apart from the incredible views, my favorite part of this trip was the diverse group of peoples riding along with me on the train. Uighurs, Hans, Tibetans, Kazakhs, Kyrgyz… it was a true mosaic of the various religions, cultures and identities of China, one that is best defined in the outermost western frontier. Urumqi – Kashgar departs at 9:30 (there are several per day but this time is recommended since it gives you enough daylight hours to see the Tianshan Mountains).

Kashgar – Urumqi departs at 16:15 (again there are several per day, but this is the recommended one for sightseeing)

If you want to see nearly the entire country from north to south and you’re pressed for time, consider this speedy trip. It’s got a little bit of everything – mountains like Lushan in Jiangxi Province; massive cities like Beijing, Hong Kong, Guangzhou, Shenzhen, Tianjin and Wuhan; historic villages in Hunan; and glimpses of Yangtze River communities around Hubei Province. 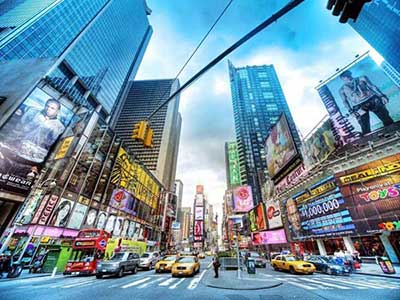 Note: There are high speed bullet trains that run from Beijing to Guangzhou (8 hours) and Beijing to Shenzhen (8.5 hours), and vice versa, every day. For a speedier trip, it’d be best to arrive in Shenzhen, and from there take the subway straight to the Hong Kong border at Luohu Station.

7) Shanghai to Chengdu by Bullet Train

If you prefer to see country from east to west rather than north to south, try this one on for size. Like the trip mentioned above, it’s a bullet train passing through large swathes of the country. Once you escape greater Shanghai, you’ll spot the gorgeous mountain scenery of Anhui Province. From there, you’ll follow the Yangtze River (the heart and soul of China) through mega cities like Wuhan and Chongqing and quaint villages where life hasn’t changed much in hundreds of years. Long train trips in China? Why? I did Kunming to Wuhan recently with a mid-aged woman next to me farting and belching the entire goddamned hellish ride.. I don't know what she ate, but this person was a gassy, stinking geyser of stench and odd body-sounds, nose-picking, constant throat clearing...it was horrific. Any time I've ever had to sleep on a train in China I have been surrounded by the loudest most disgusting snoring I've ever encountered, as if they all have the same nasty sinus infection, plus constant smoking and, again, throat clearing, and they take off their shoes and socks that clearly haven't been washed or changed in ages because the entire train fill with the reeking stench of sweaty feet. Then they pull out their hard-boiled eggs and add to the odor, plus gnawing on chicken feet and all sorts of other nasty tofu... just fly, seriously. 99% of the countryside in China is dull as hell

You just sit on the train without getting off? That's seems like hell?

Probably the best article of ecc so far.

I would love to do the Golmud-Lhasa trip but I refuse to go anywhere on a tour, a trip to Tibet is way to overpriced for what it is, especially when Nepal (with similar landscape) is not far away, is dirt cheap and has no ridiculous restrictions.

Yeah, when it mentioned tour I just thought of North Korea. You are taken to some token fake areas. Whats the point in that?

An actually informative article that I've decided to bookmark, so unlike echinacities.

I'm heading to Gilgit, Pakistan, from Kasghar, Xinjiang over Khorakorum Pass on elevation of 5540m (18k feet). I'll take a bus, if Pakistan's Embassy won't require I fly to Islamabad as condition for Tourist visa. If so, I'll bus myself on return to Kasghar.

That trip is on my bucket list too, I would love to do it by motorcycle.

the peak of summer holidays, or any holidays, is not the best time to travel by train, or bus, in china, even if you can get a ticket, or a seat