Whilst youth hostelling has been a cheap and reliable way for people to acquire accommodation for over a century, the first hostel in China only opened in 1998. However, as China is the fourth most visited country in the world by tourists (after France, USA and Spain respectively) entrepreneurs in the tourism sector have been eager to make inroads into the independent travel market, which is currently in vogue among the young Chinese.

Assuming that you cannot afford to regularly stay in five-star hotels, accommodation in China is not geared towards Western tourists. Many hotels and guesthouses are not even allowed to accept foreigners, although these restrictions are going out of fashion the colossal language barrier and lack of familiarity can make finding accommodation a daunting task especially outside the tourist hubs of Beijing, Shanghai, Guilin etc. 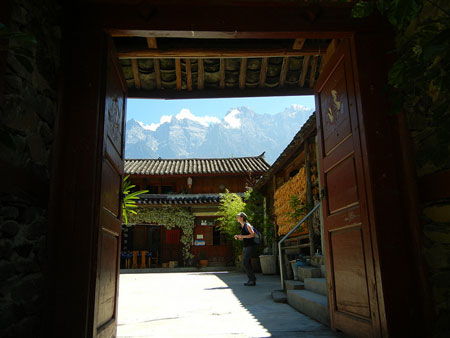 The perks of staying at hostels in China

As a veteran of several hundred dorm beds in Europe, Africa, Oceania and Asia I can confidently say that along with South Africa and New Zealand the hostelling experience in China is the best I have seen. In five years of living in China I have travelled the country extensively and have stayed in some excellent places that are invariably clean, cheap and staffed by helpful English speaking staff possessing valuable local knowledge. They can help with everything that can seem like a nightmare in China from buying train, bus and flight tickets to finding good restaurants and watering holes, often places that only local people know about and that are commonly overlooked in guidebooks.

As any fan of youth hostelling knows, what you trade in luxury you gain in terms of a vibrant social scene, local knowledge from staff familiar with traveller culture and an array of traveller amenities. Most hostels in China have an on-site restaurant and bar, which is a perfect way to relax and meet people. Some might say that travellers have become less open in recent years, preferring to immerse themselves in a smartphone or a laptop than talk to strangers but if you’re outgoing and personable then meeting new people from all around the world is still a piece of cake. Amenities such as a travel agent to book tickets and tours is also usually present, as well as a laundry service.

People who are possibly unfamiliar with hostels often cite a lack of privacy and security concerns as issues that make them hesitant about staying in a hostel. Many places offer a locker where you can store anything you want, but you do usually have to provide your own lock or borrow one whilst leaving a deposit. Also, a lot of people have an image that the only option in a hostel is to sleep in a dorm with 20 other snoring people. This is still a popular (and certainly the cheapest) choice but there are often single and double rooms, which are available and commonly overlooked, despite the fact they are often a fraction of the price you would pay in a hotel. Booking such a room also means you get all the benefits I mentioned earlier such a vibrant open social scene and extensive amenities but also have the increased privacy and security.

As I mentioned earlier, China in large part is not geared toward international tourists. This means that it is in areas that have a large tourist footfall that you are more likely to have a positive hostelling experience. It definitely becomes more difficult if you are somewhat off the beaten track and this is magnified if your Mandarin isn’t tip-top. It is therefore quite unsurprising that the best hostels I have stayed in have been in Shanghai, Chengdu and Dali where competition is cut-throat due to large tourist numbers. As you get more and more off the beaten track quality is still usually quite good but it will be aimed more toward the domestic tourist market, which will often mean the return of the dreaded language barrier and less services aimed toward English speakers.

This summer I was travelling in Fujian Province and I only saw one other foreigner for a week. In Wuyi Shan, which is home to the famous nine-bends river, both hostels I stayed in had no English speaking staff and so even as someone with a couple of years of Mandarin study under my belt they were testing times.

How to book a hostel in China

As for booking a room, you can do an internet search for the place you are planning to go to or check out listings in a guidebook such as Rough Guide or Lonely Planet, but my advice is to use one of the two market leading websites which are www.hostelbookers.com and www.hostelworld.com. Both websites operate in a similar fashion; accommodation is listed by either rating or price and it will show you the types of rooms that are available and the appropriate price (usually listed as per person as opposed to per room). You pay a deposit for the booking (around 10-15%), which goes to the site but guarantees you your room, and you pay the balance on arrival. One of the main advantages to these sites is that the ratings are very reliable, as only people who have booked a room on the site can leave ratings and comments by replying to an e-mail that the site sends the day after you check out. This isn’t like many crowd-reviewing sites where anyone can leave a review, leaving it open for false reviews from people with vested interests to help or harm the establishment’s reputation.

Highly recommend Ming Courtyard Hostel in Beijing. Stayed there for a month whilst in between jobs- beautiful, great bar, friendly people, excellent location

Hostels in China suck ass, there is a reason backpackers avoid this country like the plague: http://beijingcream.com/2013/05/laowai-comics-backpackers-in-china/

How many hostels have you stayed in? Sure, I've had some bad experiences but as a whole it's genuinely pretty good. Honestly better than a lot of European countries.

Chinese hostels are genuinely really good. In some countries I would recommend staying away from the hostels but not in China.

I've always been impressed with the hostel culture in the cities I've been to.

I've stayed in all sorts of places in China from hostels to so-called 5-star hotels and my choice is hostels all the time if not with business colleagues. You meet all sorts of interesting people & can keep costs down. Big hotels are soulless places where everyone keeps to themselves. As suggested in the article, hostel world is a good place to book but a lot of hostels now advertise on sites like Agoda.