On occasion, we all need a cheeky bottle of convenience store wine. Whether you’re looking to pre-game a Tantan date, pick up a last-minute birthday gift or just drown your sorrows after a gnarly day at the office, a quick bottle of plonk from your local Family Mart, Lawson or 7-Eleven is often the perfect solution.

But when you hit up the store, you’re confronted by a whole new series of problems: What the hell are these wines? Are they any good? Am I getting totally ripped off here? Shall I just give up and buy that baijiu in a plastic bottle instead? 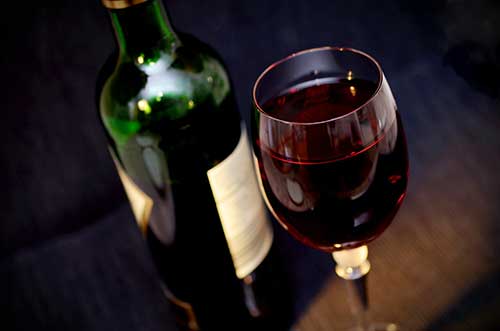 No worries. eChinaCities is here to help. We sent a reporter out to investigate (and sample) the convenience store wines of China.

Even if you know your Malbecs from your Merlots, your Chardonnays from your Chenin Blancs and your Syrahs from you Sangioveses, if you’re not used to living in China, the wine selection in the convenience stores is going to throw you. Most stores stock a few universally familiar bottles – like Jacob’s Creek, Yellow Tail and Casillero del Diablo – but beyond that you’re in pretty much  unchartered, erm, waters.

The first thing you’ll notice, even if you don’t spend as long as I have looking at the wine shelves of Chinese convenience stores, is that the bottles are often pretty dusty. I think it can be safely inferred that wine is generally not a hot seller in China’s convenience stores. But what types of wine are available, and are they really all that terrible?

At the lower end of the spectrum are a lot of weird “imported” wines that no-one’s ever heard of in their alleged countries of origin. One of these is an Australian Cabernet Sauvignon called The Sailor, available at Family Mart for RMB 110. When scanned on wine app Vivino, it only comes up with six reviews. “Cheap wine on sale from my local convenience store in China,” read a typically informative one. “Wash it down with Papa John’s Pizza but not even at that level. Ganbei!”, another eloquently put.

Another wine in this category is a supposedly French offering called “Dry Red Wine” (really), available at C-Store (喜士多) for an alarming RMB 29.9. According to Vivino the wine originates from Xinjiang, China, so it’s not so French after all. I guess it’s a good bottle to have around the house for comedy value , but that’s about it.

If you’re looking for domestic wines, C-Store and Family Mart each have the same range of about three bottles, while Kwik (快客) has the best variety with about five different types. The dominant (semi-) domestic brand is joint Sino-French venture Dynasty, which produces wines in both France and Tianjin. Dynasty’s Chinese-produced wines include a Moscato (RMB 59 at most convenience stores), whose “unsweet” taste made one wine-reviewer “jump for joy”; and an imaginatively named “Medium Dry White Wine” (RMB 48.5 ), which is ranked in the lowest 1% of wines in the world, according to Vivino.

Probably the best choice of domestic wine available in convenience stores is a Cabernet called Great Wall (RMB 79, C-Store), which ranks in the top 26% of wines produced in Hebei province. Reviewers have applauded the wine’s drinkability but also pointed out that it lacks the flavor and body of a traditional Cabernet.

If you want to play it safe, I suggest you go with one of the big boys. Casillero del Diablo Cabernet Sauvignon (RMB 135, Family Mart) and Jacob’s Creek Sparkling Moscato Rosé (RMB 186, C-Store) are pretty widely available in Chinese convenience stores and generally popular with expats. The Casillero del Diablo is a solid, full-bodied wine that will go well with chow-mein or any rich, meaty Chinese dishes. The Jacob’s Creek is a light, sweet wine good for a quick refreshment on a humid summer afternoon. It’s currently ranked in the top 23% of wines in the world.

In the end, it comes down to budget. If you’re looking for a cheap wine, I’d go for one of the domestics rather than an unknown, allegedly imported wine. In other words, you’re better off with a bottle of Great Wall than a budget “French” wine that’s literally called “Dry White Wine”. But you knew that already, right?  However, if you’re going to break the RMB 100 barrier, you could do worse than a classic bottle of Casillero del Diablo. That’s the winner, Casillero del Diablo.

If you’re pre-gaming a date or a night out or you want to have a date or night out in an actual convenience store (who doesn’t?), you’re obviously going to want to know which store has the best wine-drinking ambiance. On my wine research trips for this article I visited several branches of Lawson, Family Mart, C-Store, 7-Eleven and Kwik in Shanghai. Most of the stores didn’t have seating areas, and while I’m sure the shop staff wouldn’t object to you drinking a bottle of wine while standing in the aisle (this is China after all), I guess it wouldn’t be fully enjoyable for you.

The two stores which almost always had seating areas were Family Mart and C-Store. Family Mart’s cool green, white and blue color scheme, combined with its polished tile floors and bare strip lights create an a cold and sterile atmosphere. If you get a window seat, it might be an okay place for a quick chat over a bottle of wine, but if you get stuck between a couple of high school students slurping soya milk while preparing for gaokao, you’re in for a less enjoyable evening.

Meanwhile at C-Store, it’s a real party. The intense green and red color scheme and claustrophobic layout, with narrow aisles and things hanging from the ceiling, make it feel like it’s jumping even when it’s empty. The chrome and wood stools and tables are tightly packed, which makes for good conversation and a general cozy feeling. In short, if you’re going to go drinking in a convenience store, make it C-Store. Also, review you general life choices.

Where do they find the "authors" who write these?

My guide to Chinese wine is much shorter-avoid it!