Serious Dating in China: What Foreigners Must Know 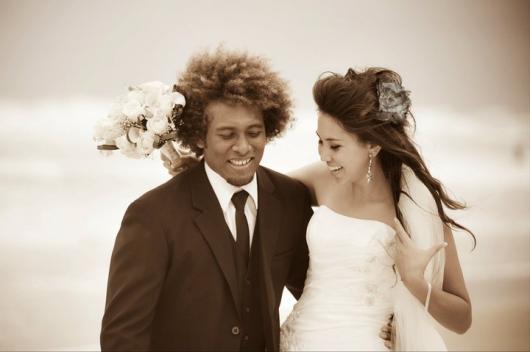 This topic has been covered quite extensively on this and many other expat sites, and many of the tips are quite generic and can be applied to cross-cultural couples all over the world. But, every now and again it does strike me that there are major differences in attitudes towards marriage between China and the West. Many of these attitudes are not always obvious until you’re already in very deep. So for this reason, I’m highlighted a few common things to remember when you’re about to embark on a serious romance that may eventually lead you to the registry office/hotel banquet room. Quite frankly, I see a lot of foreigners just fool around with locals who have their eyes set on marriage so the points below can't be reiterated enough in my opinion.

1) Age matters – If you’re a 20 year old overseas student who starts dating a 19 year old local girl/boy, then you probably don’t have to worry about marriage pressure too much. If however, you and your love interest/partner are in your mid to late 20’s or older, everyone, including your Chinese partner, will see you as potential marriage material from day one. If you are absolutely opposed to getting married and date a Chinese person 25 or above, you absolutely must make sure that you clearly articulate this to your partner from day one, and constantly remind them thereafter. Things will get very messy if you don’t.

2) Don’t meet his/her parents if you’re not serious about the relationship – I have met many foreigners who come to China and embark on a relationship with a local person as part of their “China adventure”. It goes without saying, this type of foreigner had no intention to settle down or make the relationship work long-term. Despite this, I have known many, many foreigners who, despite knowing that the relationship has no future, agreed to meet (usually more than once) the family and in-laws. In fact, many of these foreigners enthusiastically went with their “holiday fling” to his/her hometown to celebrate Chinese New Year because for the foreigner, this is a prime opportunity to experience China’s most traditional festival.

Some may perhaps be aware that this is a huge step in the relationship and a declaration on the Chinese partner’s side to his/her entire family that the relationship is very serious and going somewhere. No Chinese person brings their fling with them to celebrate Chinese New Year. Foreigners who go along need to be aware of the significance of meeting the family and shouldn’t string the Chinese partner and the in-laws along if they have no intention of committing long-term and only want to “spice up” their China adventure.

3) Marriage is expected quickly – unlike in the West where it is very common to live together for a few years before considering marriage, in China things roll a lot faster. Chinese people of marriageable age will not want to be in a 3-5 year relationship “to see if you match” before getting hitched. I know many Chinese people, who after being single or in unsuccessful relationships for years, were introduced to someone and married within the year.

This is all too common. Foreigners need to remember that traditional attitudes and societal pressure still plays a huge role here. Something happens in the minds of Chinese people when they reach 26 (women), 28/29 (men). I have witnessed, first hand, guys who were really cool and relaxed about being single until they reached their late 20’s when something suddenly snapped in their brain and a sense of urgency to find a life partner took over. This urgency is the result of immense pressure from their family, friends and entire social circle – a pressure that a foreigner with broken Chinese may not even pick up on at the beginning. The other factor is the societal pressure, i.e. the expectation to get married before 26/30. Despite constantly hearing about how China is embracing more Western attitudes (which is true to a certain extent), traditional attitudes towards marriage are still alive and kicking in China.

4) Talk about and plan the future – this is vital. You may be head over heels in love with your Chinese partner and 100% committed to the relationship, but if you haven’t clearly discussed and planned out your futures, things could get rocky down the line. As a cross-cultural couple, questions you need to ask and discuss include: will you stay in China forever or do you expect your partner to move abroad with you?  If you have kids, where will they be raised? How will you look after both sets of parents when they reach the age when they need care? How will you balance your time between your foreign family and his/her Chinese family? These questions are just the tip of the iceberg. Make sure to address these big questions and not just once. You will both have to make sacrifices, but quite often one of the partners sacrifices more than the other.

The above tips are very general. I could write a whole thesis on the role of the Chinese partner’s family in influencing/determining the course of the relationship. Maybe that’ll be my next blog topic!

It's like reading a page out my girlfriend's mind lol. She's 25 and I'm 23 (this year) and while I'm not fully Chinese (British born Chinese), these are word for word issues that we have been dealing with since we started dating. The only thing that we cannot decide on is where we will move to to start a family, as neither of us have started our careers yet and will have parents to look after between two continents, location is most definitely an issue.