Whenever I look at a map of China I see that the cities are not named after people. In many countries, cities are named after heroes and political leaders like Washington D.C. or Lincoln, Nebraska in the United States. Chinese people prefer the ancient names of places as one of my colleagues remarked “We like to build memorials to our famous people, but not name cities after them.” In the small town of Jintan, Jiangsu where I live certain local heroes are honored by having places dedicated to them. Nothing out of the ordinary, but they are a stamp to what makes Jintan different from many other towns in China.

When I travel by bus or train, I don’t look out of the window often because more and more of everything looks the same. Strip malls are replacing the old while Yao Ming and other celebrities sell wares from every street corner. China has begun to look like a slate of continuous concrete. Chinese can eat in the same chain restaurants, shop in the same chain stores, and sleep in the same chain hotels without ever knowing in which town they are in. Jintan is different because of its unique personalities such as Hua Luo Geng, Duan Yu Cai, and Dai Shu Lun. When I return from my travels and see their statues and monuments then I know that I am home. It is similar to seeing the Statue of Liberty in New York City or Mount Hood in the outskirts of Portland, Oregon, but on a smaller scale.

Hua Luo Geng (1910-1985) was a famous mathematician from Jintan who mostly self educated himself and wrote numerous papers. The town has named after him a senior middle school, an elementary school, a park, a library, a memorial and a museum located inside Foolish Pond Park. I myself work in the senior middle school with its own separate museum dedicated to his life. Hua Luo Geng Park serves as a play ground for children and training ground for older Tai Chi practitioners. A replica of the Great Wall surrounds the park and brings a cozy atmosphere. The street signs announcing his various places are all over town make it hard to get lost.

Duan Yu Cai (1735-1815) was a Qing Dynasty philologist whose greatest accomplishment was his Shuo Wen Jie Zi Zhu, an annotation on the first ancient Chinese dictionary complied in the Han Dynasty. The work provides invaluable reference to the history and usage of the old Chinese language. His memorial is also located inside Foolish Pond Park; it depicts the late Qing one-story homes with their wood interior built for scholars to think and write. When one steps from one room to the other one can imagine wearing the Chinese-style loose fitting clothes that do not stiffen the back.

Dai Shu Lun (732-789) was a Tang Dynasty poet and the least known of the three. He has a small memorial next to a small, lazy lake whose water does not seem to move anywhere. A special place where one can read one of his poems that says:

My nickname for Jintan is Hua Luo Geng City since he has the most things named after him. While I never expect the town to be named after him, I do enjoy the uniqueness he and others have imparted here. Surely all places are different, but one can only realize this after they have been there some time. The other small towns surrounding Jintan all look, sound, and smell the same. The larger cities in Jiangsu and other provinces are also suffering from the same fate - a “oneness” of shopping malls that are built next to more, usually empty, high rise housing. While Jintan is also going through its construction phase, its small town heroes makes it unique. 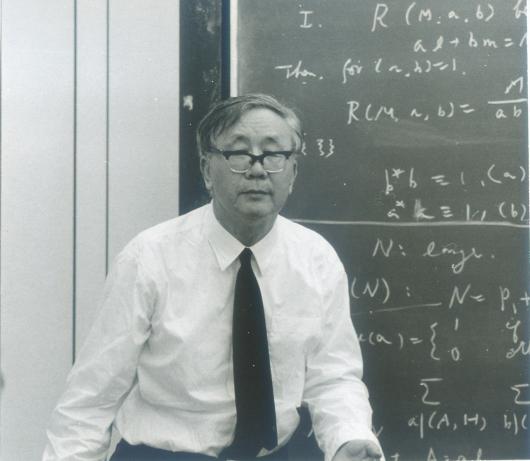 Our history with Chinese characteristics is being replaced by Global Economy 3.0 as China tries to feed her huge population by exporting herself to the world. This article reminded me of the old black and white houses I saw in the "old" part of Suzhou...serene and home-like...close to the earth and the history that grew on it...I would like to imagine what an old life could be in those dwelling places, how the history was passed down from generation to generation in those buildings that now became a part of my memory. Yet I know that it's people who make history, not shopping malls or fancy commercial streets or even those two-storey houses in Suzhou.