At first thought, the idea of opening up a Western-type bar in China should not be hard. However, what is a Western bar? Bars come in variations such as an English or Irish pub, a German biergarten, or Mexican cantina to just any night club. John Jiang, the owner of the New Yesterbar, had such an idea of opening up a Western bar in a small town for two reasons: one was to get away from the bad singing of the KTV karaoke clubs to enjoy a quiet drink, and the other was to stop selling the floodlights that hung from his store so they would not injure someone. 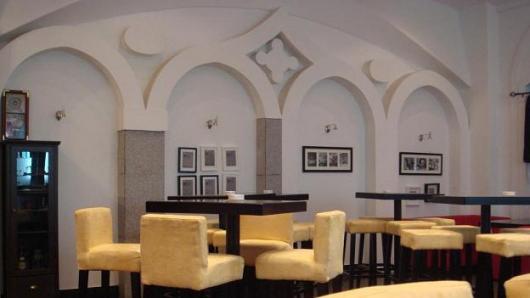 John received the inspiration from his time working in Shanghai as a bartender in the early 90's and watching old-Western movies, in particular those starring Clint Eastwood. He learned English by serving foreigners and conversing with them. Foreign patrons told him about the bars in Europe and the United States.

Since he already had the idea of opening up an establishment in his hometown of Hai'an, John began visiting bars in Shanghai and other cities where foreigners went to see how the bars reflected what he heard in Shanghai: "I looked at the furnishings, the decorations, and of course the selection of drinks." By piecing together what he saw and heard, the concept came together and in 1997 he opened with an American old-West saloon feel.

Today, when one walks in a cow's head with a cowboy hat hangs on the left wall. To the left of that cow, is a library and an old portrait of Jack Daniels. Antiques from the 1930's also straddle the front wall. 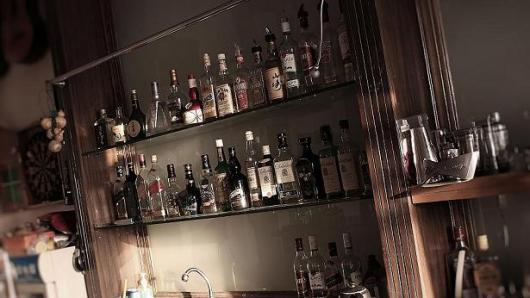 Business always have risks, and building his concept of a Western bar in a small town to cater to the Chinese majority and some foreigners was not a solid base: "In the 90's China was already on its way to modernizing and having more factories and trade, but it had less foreign influence than now. I knew that more Chinese would be influenced by Western ideas and tastes while more foreigners would come here to do business." Some people of Hai'an have embraced the idea of having a quiet time drinking Western alcohol, and some have become regulars. Most of John's customers are local, while some foreign business men and an occasional English teacher are referred.

John remembers one business man who everyday for six months came to drink a gin and tonic. John recounts, "Outside of his hotel room and my bar, I doubt he could have a quiet place to a have drink. In China even small towns have a lot of people and noise." The idea behind the name "New Yesterday" evolved from the inspiration of this patron also named John. With gin and tonic in his belly and a pen in his hand he wrote a poem entitled "A New Yesterday":

The poem's name eventually became the bar's name. John does not care to remember the bar's old name.

What came as a pleasant surprise to John was how the bar became a meeting place for East and West. Almost every night foreign business people come and mingle with the locals. Communication at first is hard, but somehow after a couple of hours they seem to understand eachother. On the pages of his yearly yearbook photographs of many foreign and Chinese patrons are on display. Every year he produces a year book and adds more photographs. 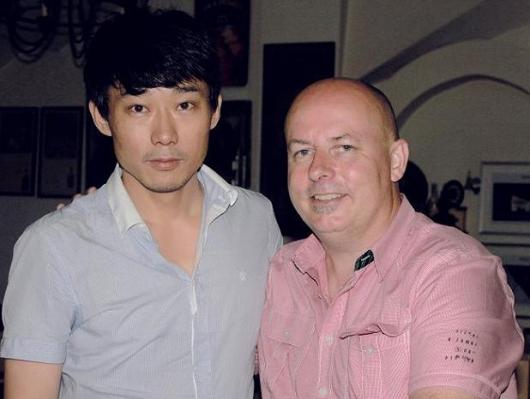 In 2013 The New Yester Bar celebrated its 16th year anniversary.

seemsquite nice, I like the mixed feeling it gives out