Throughout history, rivers were known as a source of life. When people from ancient times scoped out locations for new settlements, proximity to a river was always a crucial factor. Here in China in the 21st century, the attitude towards rivers could not be any different. Living beside a river in China is likely to increase your chances of getting cancer, and the fish that you eat out of it are likely to be heavily polluted with toxic chemicals. Rivers have become a symbol of pollution, disease and death –the country’s veins have contracted a serious case of poisoning.

Nowhere is this poisoning more obvious than through the numerous photos of coloured rivers that have been popping up all across the country in various microblog and news sites. From blue, red, green, orange, black and white, China’s rivers are constantly being raped and tortured by man-made pollutants.  Take a look for yourself: 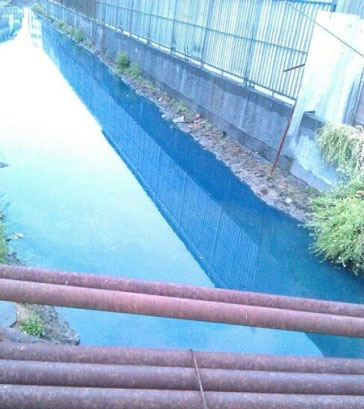 This photo appeared in March but only surfaced on the news over a month later. The photo shows a stretch of river in Hangtou town near Shanghai that was dyed blue due. Authorities are probing an industrial zone nearby. According to residents, this is not the first time the river has changed colour with one resident being quoted as saying that the river has turned red and black in the past. Clearly these “investigations” do nothing to stop this horrific destruction of the environment. 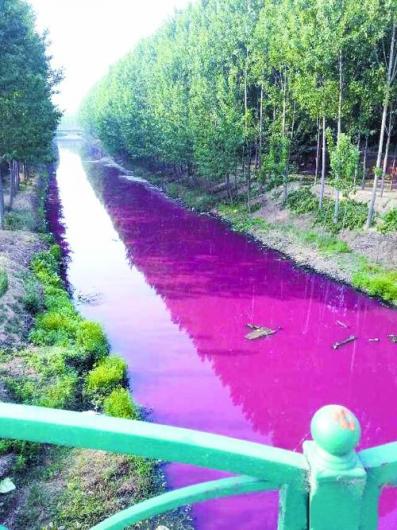 A photo of a pinkish red river in Henan also surfaced on Weibo recently with the cause of the pollution still shrouded in mystery. No doubt someone got a very fat red envelope to stay quiet about this one. 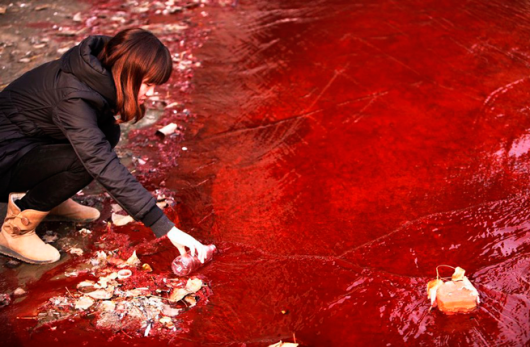 One of the most gruesome looking cases of polluted rivers occurred in December 2011 in Luoyang city’s Jian River. Investigations determined that the culprits were two illegal work shops who dumped waste directly into the drains. 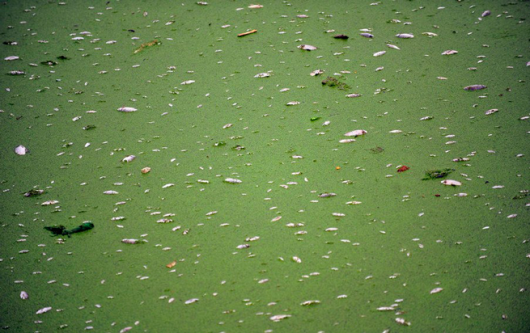 In July 2012, residents were shocked to see that the local Behe river had turned green killing all the fish in it. A 6km stretch of the river was visibly affected by the pollution. 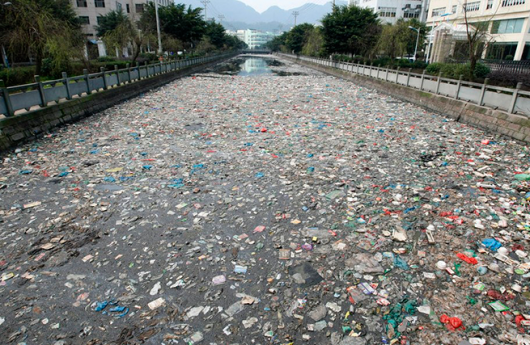 In March 2012, a river in Wenzhou, Zhejiang Province, looked more like a floating landfill than a river. Over 200 meters of the river was smothered in rubbish which apparently was dumped into the river by nearby restaurants and markets. 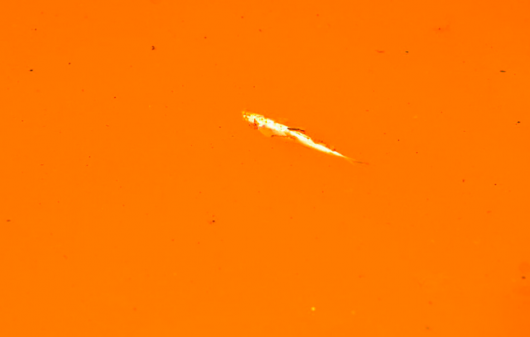 Iron iods due to illegal dumping caused the Baiyang river in Zhejiang to turn orange in March 2012. Obviously the pollution was too much to handle for the poor fish living in it, causing many to die.

7. Dead pigs in rivers also existed back in 2010 in Hubei 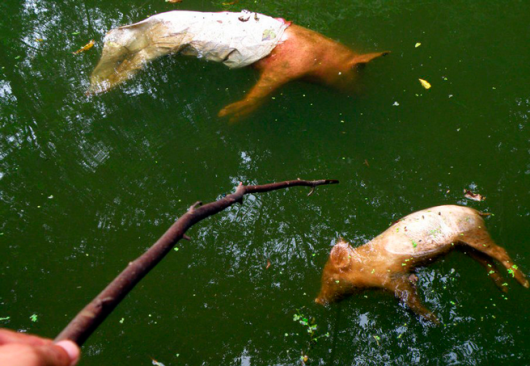 We’ve all heard about the 16,000+ pigs in Shanghai’s Pudong River this year, but did you know that over ten pig carcasses were fished out of a river in Yichang City in Hubei Province on September 15, 2010?  According to reports, the river was the main source of drinking water in the area, but could no longer be consumed after the discovery of the pigs. Isn’t it strange though how 16,000 pigs in Shanghai’s Pudong seemingly had no effect on the drinking water at all, yet in this case a mere ten cases was enough to render the water undrinkable? Hmmm…I smell something fishy. 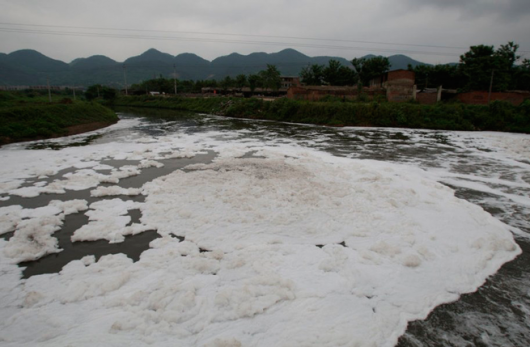 On May 22, 2011 the Liangtan River in Chongqing’s Shapingba district suddenly had a 1 meter thick layer of white foam floating on top of it. There was also a neauseating stench coming from it. The culprit? Farmers dumping several years’ worth of manure into the river all at once.

It's nice to see that all the colors of the rainbow are represented in China's rivers.

this is not a new thing in china its a shame

Interesting observations. It's no wonder I refuse to eat any river fish in restaurants even when they are "famous" for their fish delicacies.