Being British, many people would assume that a love of good food isn’t something that stifles its way into my thoughts too often, and I would say that most of the time, they’re right. I like my curry, my pizza, my Cantonese…it’s all good but I’ve never been too fussy about exactly it is I eat (save for the fact that I’m a vegetarian), and have pretty much lived on the philosophy that I eat to live. Being in China for a while has perhaps had some effect on my culinary culture however, and I maybe I’m slowly coming round to the idea of living to eat.

Last week saw the arrival of the Restaurant Week in Beijing, giving typically middle-of-road wage earners like myself the unique opportunity to try their best at not behaving awkwardly and obviously out of place in a fancy restaurant by providing discounts on set meals. My restaurant of choice was Beijing’s SALT, which I suppose is a fusion-esque attempt to satisfy the taste buds of the cultural melting pot that is the clientele who spend their days wolfing down pint after pint and shouting obscenity at a rugby game in nearby sports bar Frank’s Place. No, wait, that’s me. Which is why on the day where I had to pop my Beijing fancy-ish restaurant cherry, I tried my best to dispel all these preconceptions about someone who has never set foot in a restaurant in China that A: has fragranced toilets and B: has friendly, attentive waiting staff. I arrived late of course, though not without style, making a point to my taxi driver to park right outside the Rosedale Hotel, in an attempt to establish my prestige. I stumbled out of the taxi (as one often does when one is hungover) and surveyed my surroundings. Were there enough people clocking me and assuming I was a guest at the fancy Rosedale Hotel? Did I sufficiently flash my brown (not blue) suede shoes so everyone’s attention was arisen? I did, it seemed, so onto SALT it was.

On the food front…I’m not an expert so I can’t say. Sorry if you were looking for an in-depth analysis of the quality of the food in SALT, though I guess it was…alright. The first course was some strange concoction of cheese-like relish next to a ball of fruity flavoured rice, doused in some substance that would have probably gotten me kicked out if I exhumed my normal suspicions and suggested it was gutter oil. The dessert was pretty awesome I must say, a rich chocolate mousse with strawberry jam on the side…that was probably the highlight of the meal. One thing that bemused me the whole time however was why they insisted on using giant, over sized plates when the portions were relatively small. Upon not wanting to be exposed as typical riff-raff however, I simply nodded my head in approval every time one of these circular giants was placed on our table. Mediocre 58 RMB-a-glass wine accompanied my dish, as I did my best to emphasis the smell-before-swig action that comes with being a connoisseur (or someone pretending to be one.)

After the meal, my accomplice and I decided to enjoy a civilised post-meal drink at the aforementioned institution of class Frank’s Place, whereby we indulged in the gentlemanly activities of darts, belching, and having slurred discussions on Chinese politics at the bar. It was during a toilet trip however that I suddenly got the urge to return to indulge in some real food, which led us to enjoying a lovely dinner at nearby budget Italian restaurant Annie’s. After downing another couple of beers at the restaurant and knocking up a bill that only just came to 100 RMB, my accomplice and I decided we were victorious in that department, and as we clambered on the bus home (simultaneously shedding our monocles, top hats and canes), we revelled at what was yet another successful evening, and that the idea of eating to live was as glorious as a 30 RMB Annie’s pizza. 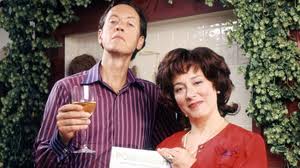