Sandwiched in the Subway: But is Beijing Really that Bad?

It’s amazing how quickly China develops. I mean really, even a place like Beijing, with a claim on international city status, still sees new buildings and projects rise up out of nowhere. I want to focus on the subway situation though, and draw on a few highs and lows that the Beijing subway has in comparison with mine back home, that being London.

Convenience – Beijing wins hands down on this, as it’s easy to navigate, cheaper, and just a simply system. I love the way that each platform has a list of stations above the subway door. In London, as it’s a lot older,it’s not too tourist friendly in the sense that you often have to guess what stop you’re stopping at, and which direction it’s going. 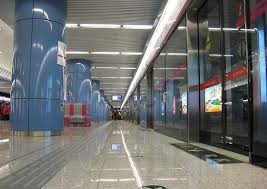 Crowds: London’s subway carts maybe smaller, but the crowds are nothing compared to Beijing’s! I never find myself trapped or stuck in London, whereas in Beijing the tin can feeling is all too common.

People: In England, we say sorry a lot. We also don’t like our private space invaded, and don’t generally like being noticed in public spaces. This came as a bit of a culture shock when I landed in China, as people barge past without saying excuse me or sorry, and rub up right against me, which makes this awkward Englishman feel a little insecure.

In conclusion, it’s kind of a win for both, though I think the aspect that kills it for me as an expat is the lack of space and general pushing and shoving that occurs. If this wasn’t a problem, then Beijing’s comprehensive subway network would be a dream!

As a Brit, why have you decided to use American terminology in this article? It's called "London Underground" or "The Underground". Also, they are trains and carriages or coaches, not carts.

As a Brit, I do indeed have that particular terminology in my literary arsenal, though years of living in countries where underground mass transit systems (there you go another American term for you) are called "Subways" it's become somewhat of a habit. A thousand apologies dearest Carlg.

I agree with you about the personal space issue and pushing & shoving. If people actually had manners and waited for others to get off first, then Beijing's subway ride would be a lot less stressful - for eveyone. Another problem worth pointing out is the groping that goes on in Beijing's subway. As a female, I've been grobed several times, the most recent incident occuring this morning during rush hour when everyone was crammed on top of each other. I first thought someone's bag was rubbing off my butt, but then quickly realised his hand was moving up and down my ass. This has never happened to me in the UK and I find it absolutely dispicable. I also find the smells way worst on the Beijing subway.

Have you taken the Victoria and Central Lines during rush hour? I have seen people fainting on the busy summer days when the temperature reached 40C and they were stuck in a cart without being able to move . And I have also seen some of the exits in Victoria station being closed from time to time because it is so crowded that the people can't even move and they need to stop more people from entering the station. It is true that in average the metro in Beijing is more crowded, but I think that the big difference is the lack of etiquette of most of the travelers in Beijing, while Londoners have a much longer tradition using the tube.